Home » Nyx » Wish Upon A Jackpot

Wish Upon a Jackpot Slot 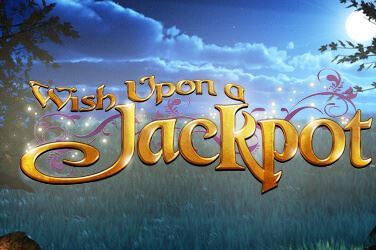 Wanted to be in every single fairytale possible? Then, we would highly recommend playing Wish Upon a Jackpot slot game whilst enjoying the magic of exceptional bonuses such as reel modifiers and free spins as well as so much more!

Wish Upon a Jackpot slot game is one that will have many people who play at Casino77 believing that each and every single fairytale that they know will have come to life with this exceptional slot from Blueprint Gaming.

The game combines a number of the most popular and classic fairytales together to provide users with an impressive experience, with the game consisting of brilliant visuals and graphics. Indeed, the setting of the game showcases this as the background has been provided with a high level of detail.

The playing grid for this Wish Upon a Jackpot slot game is traditional in nature, as there are 5 reels and 3 rows in which the icons available on the paytable can appear, with 20 fixed paylines available. A spin will cost a minimum bet of $/€/£0.20, although a maximum bet of $/€/£500 is also possible!

When exploring the paytable as part of this Wish Upon a Jackpot review, a host of exceptionally designed icons were presented, with some of them providing some rather dreamy rewards!

Whilst the traditional royal playing card icons appear as standard, these are followed by a castle, a glass slipper and a golden harp. The game’s logo also appears and this can be depicted as a super stacked symbol!

Wish Upon a Jackpot Bonuses

The first of the Wish Upon a Jackpot bonuses that may be triggered by Casino77 players is via the frog symbol as this is the game’s wild. Whilst it can reward players with the biggest rewards when five of them appear on the reels, it can also act as an icon that will substitute for all regular icons and help to complete any potential winning combination.

The fairy godmother, though, has the unique ability to provide bettors with the chance of obtaining a number of free spins. Looking down on players, she will randomly appear on any spin that is taken and a selection of five orbs will appear, with one of the following symbols being revealed:

The main game of the many Wish Upon a Jackpot bonuses available is via the fairytale books that can be found on the playing grid. Land three of these and one of four bonuses will be triggerable. Simply pick a book and play one of the following bonuses:

This Wish Upon a Jackpot slot game from Blueprint Gaming has a return to player (RTP) rate of 92.46% and comes with a medium volatility level.

Honestly, it would be hard to wish for anything more than what Blueprint Gaming has managed to provide players at Casino77 within their Wish Upon a Jackpot slot game title. There is an impressive range of bonus features available to trigger, and each of these can be rather rewarding! Who said fairytales were just dreams?!