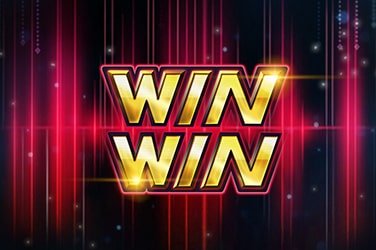 As the fifth game in the ELK Classic series, Win Win had the reputation of its predecessors to uphold. After all, ELK already has some shining titles under its belt that are adored by fans across multiple countries – fans that eagerly await every new title released by the e-gaming provider.

So, does ELK’s latest title live up to the expectations set upon it before it was even released? Read on to read a review of Win Win.

The essence of Win Win simmers down to that classic casino style. With a visually simplistic yet captivating aesthetic, Win Win takes players back to the roots of traditional slot games thanks to an array of classic symbols. Such symbols include fruit such as cherries, melons, and lemons, blue, red, and green 7s, and the bar, double bar, and triple bar – whether you’re an e-gaming novice or a brick-and-mortar casino veteran, Win Win boasts a style you’ll both recognise and enjoy.

Win Win is created by ELK Studios, a gaming provider that has aimed to continually and passionately push the boundaries of the gaming industry since its conception in 2013. Since then, it’s produced a great and varied range of games, from newer titles such as Diablo Rebels and Black River Gold to popular favourites like The Lab and DJ Wild.

There is no applicable maximum RTP rate as Win Win is a slot game that utilises a range of other interesting features and a bonus game.

When it comes to the features of the game, Win Win offers many. The features are consistent throughout the game, which is fast-paced and easy to glue yourself to for hours at a time, meaning there’s rarely more than a few spins without something happening on your screen.

If a spin locks in identical symbols on reels 1 and 3, a Locked Respins feature will be triggered. The identical symbols on the two reels will then be locked in place for the next 3 spins, increasing your spin of locking in bonus symbols and awarding access to the bonus game, which is covered in more detail in a later section of this review.

As well as being loaded with fan-favourite features such as respins, free spins, and a special payline, Win Win also has the rare golden 777 symbol, which is extremely valuable in-game and will award 500x your stake when landing on the middle reel with accompanying Win symbols on the first and third reels.

As well as an abundance of game features, Win Win also offers the opportunity to trigger a fun little bonus game. The bonus game can be triggered by 3 bonus symbols appearing anywhere on your reels. The game starts with a multiplier of anything up to 10x, and from then on every reel spin with a win will advance the multiplier up by 1 – up to a maximum of 10x. With every loss, your multiplier decreases until it becomes nothing, which is when the bonus game ends. It’s a great game to increase excitement and potentially your wins too.

Overall, Win Win is a visually simple but incredibly fun game that pays homage to the features and style that made casino slots as loved as they are today. While it’s by no means a ground-breaking game compared to some other e-gaming titles, that isn’t a bad thing – sometimes the nostalgia for the classics is what people yearn for the most.