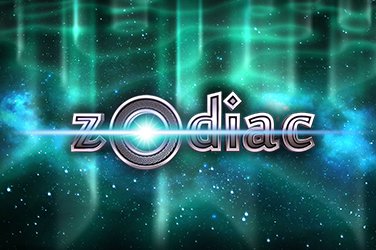 No matter whether you believe in them or not, millions of people around the world rely on the signs of the Zodiac every day to help them make decisions and to predict their fortunes. Thanks to the Zodiac slot game it’s time to brush up on your knowledge of the heavens right now because it could be your ticket to riches in this good looking and interesting game from newbie developers Booongo.

So will the planets align for you, or is your star fading? Let’s take a look in our Zodiac slot review!

Zodiac makes a couple of interesting design choices right off the bat, making this game a little more complicated than it first appears. The designers have gone hard on the mystical, elemental look, and the 12 symbols are represented simply by the 12 signs of the Zodiac. Interestingly, all these symbols are worth the same amount when you land them, 1.4x your stake for three or 70 times your stake for five. The illustration on these symbols looks great, with excellent attention to detail, and each one glows an unearthly green, blue, red or cyan depending on which element governs it. It’s great to see original symbols across the board, not generic ones, but while there are no low-value symbols to clutter up your reels there are also no high-value ones to boost your kitty.

The background of the game is similarly cosmic, with a frightening looking sorceress with glowing eyes, flowing white hair and a magical staff to the left and a series of planets floating in space behind. The game itself takes place on five reels and three rows, boasting an impressive 243 ways to win, and the betting is reasonably generous at amounts between 3p and £/€/$75 per spin. As a result, the overall RTP comes in at a generous 96.45%

As you might expect the bonus rounds in Zodiac revolve around the Wheel of Fortune, which also happens to be the scatter. It looks like a wheel made out of the 12 Zodiacal symbols, with a symbol for each element at the four corners. The main bonus game is simply triggered by landing three of these symbols on your reels, which then gives you the opportunity to pick one of the 12 Zodiacal symbols. The wheel of fortune will spin, and if you’re lucky enough to have it land on the symbol you picked you’ll be granted 16 free spins with a 4x multiplier. Even if you don’t land your symbol you’ll still get 12 spins with a 3x multiplier, a feature that can be re-triggered over and over again for more free spins.

There is also a second bonus feature that relies on the elements of your symbols to work. Green cards are earth elements, blue cards are water elements, cyan cards are air elements and red cards are fire elements, and each time you complete a combo with one of these elements it donates energy to the elemental symbol on either side of the reel. Once one of the symbols has its meter filled, you are given the choice of the three cards in that element in a random pick, allowing you to win a cash prize worth between 6x and 11x your stake.

This slot is a great option if you are of a mystical persuasion or just like well-designed slots with interesting bonuses. The reels and symbols look great, and the theme is well integrated into the whole package, with bonus rounds that fit the overall aesthetic and are fun and interesting to play on top of that.

If you’re looking for a sign on which slot to play next, this is it! Try Kaiju, Wild Seas, Silver Lion or Lake’s Five.