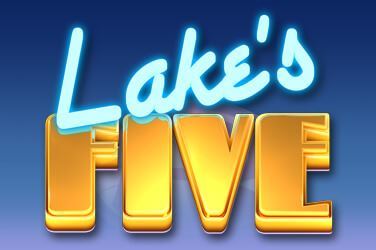 It’s a bold move for a developer to make a slot game named in homage to some fictional criminals most famous for robbing casinos, but just like the suave men in suits from Ocean’s Eleven, you can forgive Lake’s Five for being so darn charming.

Every one of these animal master thieves has a job to do, and it’s up to you to help them do it in this exciting and unexpected game from the masters over at ELK Studios, well known for their great looking games. So is this the ultimate heist or Keystone Cops? Let’s take a look in our Lake’s Five slot game review!

ELK Studios have once again pulled off an original and fun design to mark this slot out as one of the best, creating an inventive and excellently designed world in which a moose is a master thief, and his crack team of experts include a monkey, a goldfish, an elephant and a crocodile. These hatchet men and their tools make up the symbols in this game, with the safe cracker’s stethoscope and the goldfishes’ bowl included in the low-value symbols, while the animals themselves are the high-value icons. Jazzy music and video game sound effects add to the feeling of a fun crime caper movie, while the addition of neon signs and lights on the reels is a nod to the genre’s Sin City origins.

There’s a lot to like in this game’s mechanics as well as its looks, offering five reels and four rows to play on as well as 178 ways to win, so you can expect the wins to come thick and fast. There is also good news on the betting front, with a maximum bet of £/€/$100 allowing you to really press home your wins and make a lot of cash in the process. That said, this is definitely a slot where persistence and patience pays off because the top prize in the main game is a measly 10x your stake while the lower value symbols pay as little as 0.4x your stake. With payouts like that you’d expect your money to be made in the bonus rounds, which is exactly what happens here, and why the Lake’s Five slot game manages to come away with an RTP of 96.3% still.

The first bonus actually pops up in the main game, and is a simple walking wilds feature, wherein landing two scatters on the reels will transform them into wilds. You then get re-spins as they hop along the reels until they fall off the edges. If you manage to land a third scatter during these re-spins you can unlock yet another bonus, introduced by a slick and amusing animation that takes you to the casino owner’s house. In this round, there are also keys on the reels that you must collect to progress in the bonus, and each key you grab will add yet another three spin onto your existing ten. Each key also activates a special feature involving the Wilds, which walk in different directions across the reels and provide re-spins for each key you collect.

As we’ve come to expect from ELK Studios, Lake’s Five is a slick and fun romp through a fantasy world inspired by hit crime movies of the 60s, complete with a jazzy soundtrack and charming cast of crooks. The main game frankly doesn’t pay well, but grabbing just one or two of the many bonuses on offer can seriously boost your prize money and make you rich.