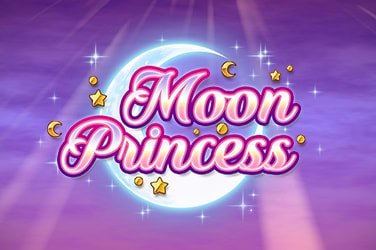 On Moon Princess, esteemed developer Play ‘N Go has delivered yet another fun, fast-paced video slot. The action takes place on a 5×5 grid, and the reels can be spun from just 0.20 coins, up to a maximum of 100 coins, making this title suitable for casual gamers and high rollers alike.

Moon Princess has been carefully developed for maximum compatibility across all devices, and this omnichannel approach continues to ensure Play ‘N Go remains one of the world’s most popular online casino developers.

Moon Princess slot boasts a rather cute Japanese manga theme, based on the Sailor Moon spin-off of the same name. Within the game, you’ll find three princesses (Love, Storm and Star) as high paying symbols, alongside an assortment of mystical items. The Moon symbol makes up the wild and can also help you net 50 times your stake if you land five of them on a payline.

In the base game, symbols drop own onto a 55 grid. Wins are formed by landing three or more symbols in a row, vertically or horizontally. Contributing symbols to each win are removed, allowing the remaining symbols to cascade downwards and fill up the empty spaces – thereby providing you with the opportunity to benefit from even more wins.

In addition to this, the middle symbol of each winning combo transforms into a wild as the multiplier increases, up to a maximum of 20 times your stake. Despite being a simple base game feature, this ensures plenty of rapid-fire action and excitement which keeps players coming back for more.

The main bonus feature, known as Girl Power mode, is triggered randomly during non-winning spins in the base game. When Girl Power mode is activated, you’ll gain access to different abilities depending on which of the three main Moon Princess characters are displayed on the right side of the grid at the time.

Each of the princesses takes it in turns to trigger more wins until no more wins are possible – and there’s a real possibility for you to win substantial amounts, given that Moon Princess is a high volatility game. It has an RTP of 96.5%, which is around average for video slots in 2020.

Moon Princess slot is an incredibly fun game accessible from almost any device. It has been designed with user experience in mind, and when you play it, you can expect a fast, streamlined and entertaining slot. Moon Princess comes highly recommended for those who want a simple game without complex rules or variances. Why not try playing Moon Princess as a free slot today to find out more?

We have so many slots we can be your number 1 destination for play and fun. Have you played Big Win Cat, Black Mamba, Cash Pump, or That’s Rich.