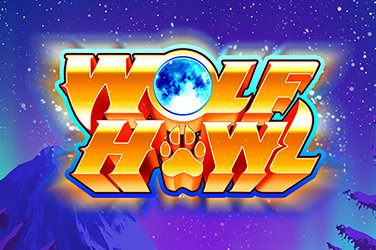 Microgaming’s Wolf Howl slot game looks like something that has been plucked straight out of the 1980s and its unique aesthetics, coupled with a bumper jackpot, make for a slot game that really does stand out from the crowd.

A 5×3 playboard is about as traditional as you’re going to get in terms of a slot game format, but that is where the normality ends with Wolf Howl. It’s the sort of game that makes you feel like you’ve been transported to yesteryear via a time machine, with graphics and symbols that carry a huge amount of vintage chic.

The Returns To Player (RTP) rate for Wolf Howl stands at a very respectable 96%, which puts it above the industry average of 95%, although players should beware of high volatility that might occasionally stop them in their tracks if they’re hunting down those lower value wins.

As far as the financials are concerned, players can stake as little as $/€/£0.10 per spin, but unfortunately, high rollers aren’t particularly catered for, with a maximum bet of just $/€/£10.

The game has something of an American theme to it, with some of the symbols denoting very traditional American animals, such as wolves (naturally) and a bald eagle. This is all wrapped together by a mysterious Native American-esque soundtrack that ties in well with the backdrop that represents the deepest depths of forest wilderness, which perhaps explains why a bunny rabbit is one of the symbols you can come by, which appears a little random until you realise!

Matching up three symbols on one of the game’s ten paylines delivers you a win, with each symbol representing its own prize value. You really want to be looking out for the Wolf Wild multiplier, with boosts of up to 5x your regular winnings up for grabs if you come across the rare, snowy wolf.

Free spins are also on offer if you land at least 3 Moon scatter symbols. Finding five of these matching moons can bag you as many as 30 free spins, while there is also the opportunity for players to purchase additional free spins if their thirst isn’t quite clenched.

While Wolf Howl is a game that carries a real unique charm, some of the numbers make for rather underwhelming reading, and that makes for a less appetising slot game proposition for some of the more high-rolling players out there.

10 paylines is a little on the stingy side, while a $/€/£10 maximum stake means it’s never going to be the sort of game that attracts the biggest players. A huge 25000x multiplier jackpot is likely to be a big pull, however, and just for the sake of indulging in a well carried out concept and all-round nice game to play, we definitely recommend giving Wolf Howl a try.