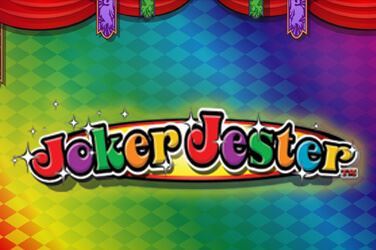 The Joker Jester slot game is a very entertaining and enjoyable creation by the NextGen Gaming team. It was released to the casino market in March 2013 so is one of the earlier video slots on the market, but arguably one of their leading titles.

The first thing to hit you when you load the Joker Jester game up is the bright and vibrant colours used in it. With appealing graphics and nitty sounds this slot sets you up for an enjoyable experience, one which can be played on a desktop or on mobile and tablet devices.

The aim of the Joker Jester game is to guide the Jester to the castles that are full of treasure. Do that and you can win handsomely on this five-reel, 20 payline slot game.

As you would expect with a very vibrant and entertaining game there are a number of icons in use. The lower paying ones are the typical playing cards – 10, J, Q, K and A. There are other high paying symbols and they include a mandolin and a castle. The key icons are the Joker Jester and the juggling balls ones. The Joker Jester is the Wild which replaces all the other icons except the Scatter. The Scatter is the juggling balls and can reward handsomely should five land in a payline.

There are three bonus features in the Joker Jester slot game. The main one is the Juggle Bonus. This gets activated when baskets appear on the first three reels. You will be required to juggle eggs for prizes. The more eggs you get the Jester to juggle the better your prize. Keep an eye out for the golden eggs which enhance your winnings. Also, look out for the no-lose safety levels. If you reach this stage your prize will be guaranteed.

There is also the Barrel Bonus which is triggered by three barrels on the reels. You are given prizes for choosing barrels. This goes on until the Jester appears to put a stop to the feature.

The other feature is the Jester Jumper one. This is where the Jester jumps across the reels, turning certain icons into wilds and enhancing the chances of winning.

The RTP rating for the Joker Jester slot game is 95.97% which is a little below the average for a slot machine so is slightly against the player.

The Joker Jester slot game is a really fun and entertaining slot which has great graphics and sounds and very solid playability. There is nothing amazing about the game and the lack of free spins is something that will turn away a number of players, but on the flip side of that, the boosts to your payouts through the features is very much a perk. If you are looking for an enjoyable slot game experience without too much volatility then make sure you give the Joker Jester game a go!