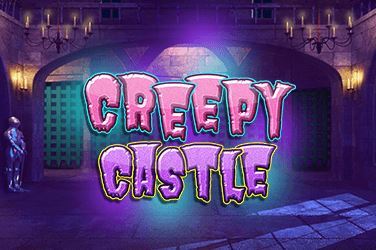 The Creepy Castle Slot Game by NextGen Gaming is a playful monster-themed 3D video slot featuring a range of adorable creatures who resemble characters from the popular Monsters Inc movie. There’s nothing to be afraid of, as these monsters can deliver sizable wins if you manage to catch them.

With a Return to Player (RTP) of 95.12%, the Creepy Castle Slot Game is considered a medium variance slot. The design is fully optimised, so you’ll be able to enjoy it on your favourite device. The colours pop if you play on a mobile or tablet with a high-definition screen, and there’s full touchscreen functionality.

The Creepy Castle Slot Game has a colourful interface, with the backdrop for the reels appearing to be within a spooky basement. The purple tones add to the mysterious atmosphere, as does the accompanying soundtrack.

The theme continues with the game’s symbols, which are in the form of various monster icons – even the playing card royals are transformed into cartoon creatures with googly eyes! There are four main monsters – Ballie, Tally, Bato and Squido – who each come with their own wild variant.

Creepy Castle slot’s minimum bet is set at a reasonable $/€/£00.25, whilst the maximum bet tops out at an incredible $/€/£625.00, so even high rollers should enjoy taking these monsters for a spin. There’s a chance to win 1,830 times your stake on each spin during the base game, increasing to 3,247 times your stake when you enter the exciting, creepy spins feature.

Each of the four monster symbols can randomly transform into a wild monster symbol at any point throughout the base game. When this happens, they’ll be able to stand in for any other symbol on the reels, except for the scatter – which is represented by the creepy castle itself.

The creepy spins feature comes into play when at least three scatters appear together on the reels, providing you with up to 15 free spins. However, before the free spins round begins, you’ll need to pick from six doors to reveal the monsters who are hiding behind them. Once all four monsters are exposed, or the creepy spins appear, the round will start.

The exact number of free spins you are rewarded with depends on how many scatters landed to trigger the feature – three creepy castles equal nine free spins, four equal 12 free spins, and you’ll need to land five to get the maximum 15 free spins. Throughout the spins, you’ll play with the wild monsters you revealed when you opened the doors, which will maximise your win.

The Creepy Castle Slot Game by NextGen Gaming is a fun slot with excellent graphics and fantastic theming. Those who enjoy cartoon slots will appreciate and enjoy this game. The free spins round is impressive, and though there’s no chance to win extra free spins throughout the round, the wild monsters can lead to decent payouts – especially if you manage to play with all four of them.