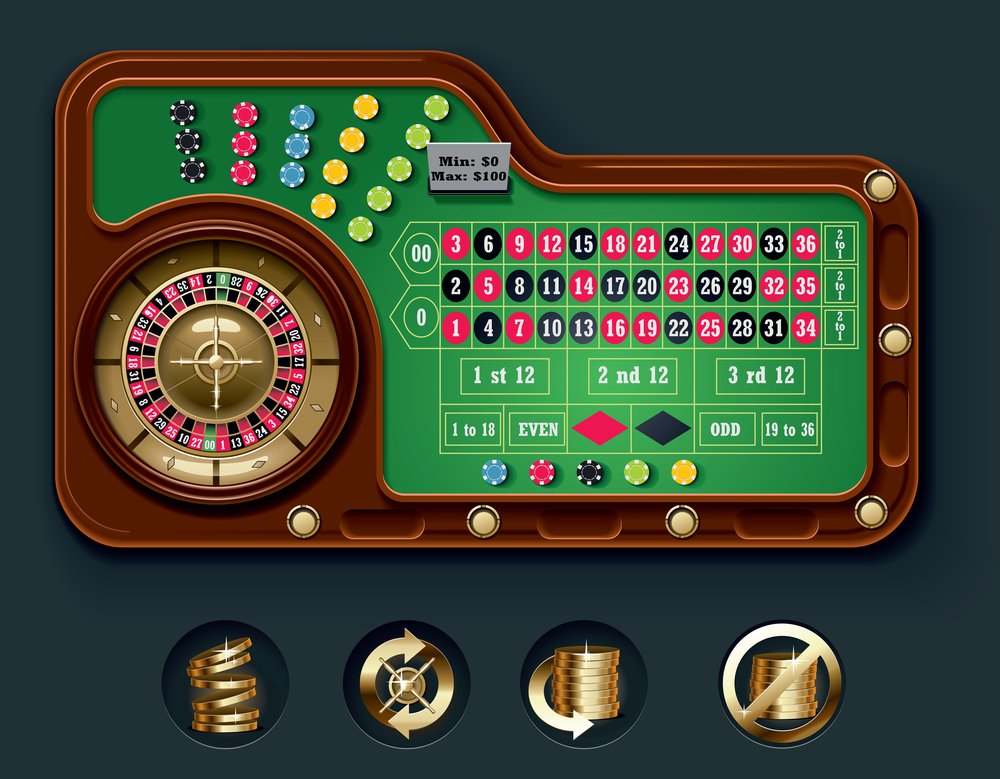 Roulette wheels are at the forefront of gambling whether they’re physical or virtual because they are such a well-known feature of any online casino. There are a lot of different betting strategies and rules to the Roulette wheel that make it more complex than it seems, and in this guide, we will attempt to teach you how it all works.

We’ll begin with some of the history surrounding the modern Roulette Wheel. It is widely accepted that the more well-known version of Roulette was originated in France by a mathematician who was attempting to make a perpetual motion machine. Evidence also suggests that this man, Blaise Pascal, was a prolific gambler and so he would have probably taken inspiration for his version of the Wheel from similar games like ‘Even-Odd’ and ‘Roly Poly’. Diving even deeper into the past, there is some evidence that the Greeks and the Romans played games of a similar nature to the Roulette Wheel in which they would place bets on an outcome from a spinning wheel. The game has definitely advanced a lot over time and the rules have become more and more concise and complex.

In the modern day, the Roulette Wheel has been recreated in digital form so that people who cannot easily access a physical casino can still get in on the action. The wheel consists of a spinning disk which is divided into numbered sections. The wheel is spun, and a ball is dropped against the rotation until both stop moving and the ball rests in one of the sections around the disk. The sections are randomly numbered from 1 to 36 and are coloured alternating between black and red. There is also a 37th section, the number 0, which is coloured in green. There is a different version of the Roulette wheel used in America because the rules are different for their version of the popular game, but we will only be referencing European Roulette. There is a huge range of different bets that can be placed during the game of Roulette, which will all be mentioned and explained later in this guide.

Before the wheel is spun or the ball is dropped, all players are asked to place their bets using Chips and a designated Betting Mat. The precise location of the chips they place will symbolise the bets they are making, whether it be a single number or any of the more complex options we will explain later. Due to the French origins of the game, the betting mats contain the original French terms, even in predominantly English-speaking countries. The main reason for Roulettes popularity is the range of bets that can be made depending on the range of risk or knowledge you have. The main types of bets are divided into two groups, so we will discuss them individually to make them easier to understand.

Outside Bets are bets which offer the lowest return rate but the highest win probability. New players are recommended to start by placing small Outside bets to get used to how the game works. The most popular type of Outside Bet is the Red/Black bet because it is just under 50% probability you will win from one of these bets. They aren’t the most rewarding, only offering a 1/1 return, meaning you receive your initial wager plus another of the same value (Bet with £5, win your £5 wager + £5 winnings).

These bets are where you choose if you think the ball will land on either a Black number or a Red number. Due to the presence of the ‘0’ on the wheel, the probability is knocked down to 48.6% instead of a full 50%. On a European betting mat these could be labelled as Rouge and Noire.

Similar to the previous bet, these are where you choose if the outcome will be an Even number or an Odd number. Again, these bets are a 48.6% probability but only return on a 1/1 scale from your initial wager. These may be labelled as Impair (Odd) or Pair (Even) on a European mat.

The Column bet is like the previous bet because it gives you a range of 12 numbers for your possible outcome. In this case, the numbers that you are hoping for the ball to land in are displayed in a column next to the three blank boxes at one side of the mat. The first column contains number 3, 6, 9 and so on, the second contains 2, 5, 8 and so on, the third contains 1, 4, 7 and so on. These bets hold the same 32.4% probability and 2/1 return as the Dozen bet.

Completely opposite to Outside bets, the inside bets offer higher pay-outs but lower win probabilities. The pay-outs in these bets range from a 5 to 1 all the way to a 35 to 1 which is an insanely high return rate. To put the latter in to perspective, if you wagered £10 and won with that pay-out you would receive your initial £10 plus £350 (35x£10) on top. The only reason the pay-out is so high is because the chance of winning is very low so the risk to the casino is low too. Inside bets are a bit more complex than Outside bets, but they work as follows:

A Line, or ‘Sixtain’ bet combines 6 numbers into your bet and is achieved by placing your casino chip on the bottom intersection of the 6 numbers you wish to choose. For example, if you wanted to bet on the number being between 1 and 6, you would place your chip along the bottom line between 1 and 4. The probability of winning a Line bet is 16.2% but the pay-out is a 5/1 scale.

Corner bets, or ‘Carre’, are very easy to understand and placing your chip for one of these bets is easy too. With a Corner bet, you combine 4 numbers into your bet, meaning you have 4 options for the winning outcome. Simply place your chip on the intersection between the four numbers you wish to choose. The probability of winning a Corner bet is 10.81% and the pay-out is an 8/1 which is a decent improvement from the previous option.

Street bets, or ‘Transversale’ are a bet in which you get 3 numbers. These bets are easy to place as the chip just needs to be placed on the bottom line of the 3-number row you wish to choose for your bet. For example, if you want to place your bet on [16, 17, 18], you will place your chip on the bottom line of the box containing 16 on the mat. Street Bets have a probability of 8.11% and a return of 11/1.

Split Bets or ‘En Chaval’ are a choice between two numbers that are next to one another on the betting mat. For example, if you wanted to bet that the number would either be 6 or 9, you place your chip on the intersection between those two numbers. This type of bet is like a ‘two birds with one stone’ type of bet, but you are still decently restricted with the combinations you can make because it must be two numbers next to each other. The pay-out for a Split bet is 17/1 but the probability is only 5.41%

The final type of bet is a Straight or ‘En plain’ bet. These are the simplest of the Inside bets to place, but they come with the lowest win probability out of any bet you could place. Just remember that any bet has a chance of losing and your money could be washed away if you place a wasteful bet. The probability of winning a Straight bet is a tiny 2.41% but it comes with the huge reward of a 35/1 return for those who are lucky enough to win.

Playing Roulette in a Casino can be fun, but as with any game, there are rules that must be followed. The casino always has a house edge, which is basically how much they expect to earn from every wager. For all roulette games, the house edge is 2.7%, meaning for every £100 they expect to earn £2.70. The main rule to follow is the Minimum and Maximum betting limits that casinos will have in place, but outside of this rule there are two extra ones the casino may have in place to try and half the edge.

This rule only applies to Even money bets (the ones with a 1/1 return), and it comes into play if the ball lands in the 0 slot on the wheel during the play. The player has two options when this happens. They can either reclaim half of their bet and lose the other half, or they can leave the bet ‘In prison’ for an all-or-nothing gamble. If the second spin of the wheel results in a win, the player gets their money, but if it lands on a 0 or does not match the original bet, the player’s money is lost.

This rule is closely similar to the ‘En prison’ rule but it completely removes the choice between re-gambling. If the ball lands on a 0, the player loses half of their wager and gets the other half returned.

As with any casino games, the risk can be greater than the reward, so keeping track of your spending and stopping if you cannot afford another loss is always the best option, for more info on this visit our gamble responsibly page. You should always check the individual rules of the casino and any terms and conditions.

Roulette is a very well-known gambling attraction consisting of betting on the outcome of a spinning wheel.

How do I play roulette?

You can play virtually or physically, and you must place bets on the number you think will win.

What type of bets are there in roulette?

What is the highest payout in roulette?

Winning a Straight bet has a payout of 35/1, the highest in the game.