A Beginner’s Guide To Online Poker 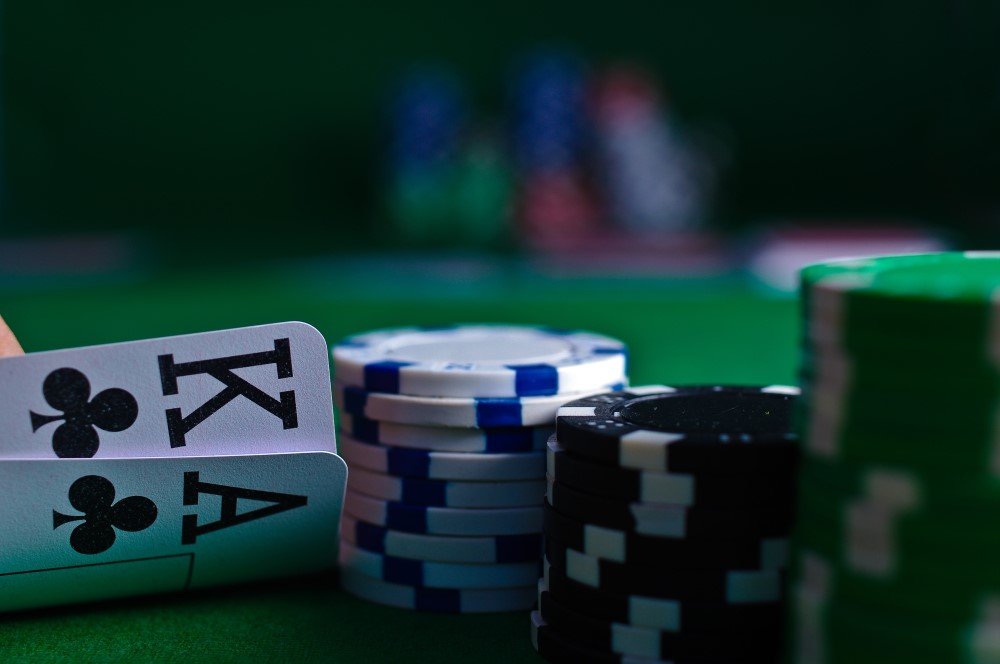 A Beginner’s Guide To Online Poker

You may have heard of Poker or seen people playing it in movies and TV shows and wanted to get into it for yourself. You may have also seen people win BIG money on games of Poker. We can’t magic you some money, but we can give you an introduction into the Poker world, so keep reading!

Although the genuine origins of Poker are debated by historians, it is widely believed that the game is a descendent of a French casino game known as ‘Poque’ which was brough to North America in the 18th century. The game slowly gained traction through the 1700s, turning into a popular gambling attraction in Mississippi and it’s surrounding areas. The violence between enemies in the 17 and 1800s was raging, but the introduction of poker allowed for a different method of settling feuds without the need for guns and fighting. The game spread like wildfire and everyone wanted to learn! It went from being a game played by outlaws to a game you could play with your in-laws.

The invention of Texas Hold’em Poker was what sparked the biggest movement and expansion of the game worldwide. You can play some variations of video poker here on Casino77! The game was fast-paced, exciting, and gave people the chance to win big or go home. This was the reason why Las Vegas held the first-ever World Series poker championship in 1970. It was an invite-only event, but it still created a flare for the game in a lot of people’s hearts. In 1973, there was a televised Poker Event, which increased the interest and the fanbase drastically, leading to a proper Poker-player influx in the 1980s. In 1998, the first-ever online poker room came into existence, which started a launch platform for the modern Poker game we see online today. There was a tournament that took place with 225 thousand players active, with a total prize pool of $300,000 (£218,000)!

The idea of Poker is to have a 5-card ‘Hand’ that is better than and beats everybody else’s hand. You have to try and convince the other players in the game that you hold the highest hand, even if this is not the case. Every Hand holds a different value, determined by Rankings, which is how you can determine who actually has the highest. There are a whole host of bets you can place too, with 5 options to choose from depending on how you want to play the game:

You remain in the round/hand without betting any money, but this relies on nobody else betting either.

You withdraw from the round/hand and lose any money you have placed in the pot.

The initial bet has to be made to begin the betting for everyone else. The person who places the first bet starts the cogs for the game, and other players must decide to call, fold, or raise.

Someone has already started the betting, but you must at least match their wager in order to stay in with a chance of winning the hand.

If someone at the table bets, you have the option to ‘re-raise’, meaning the prize pot increases and the player you Raised will have to fold, call, or raise you again.

When you call a players bet, you apply no pressure and are just matching their wager. Nobody who is confident they can win will fold after having their bet called. You entice a reaction and give yourself a better chance of winning if you apply pressure to your opponents by either placing the initial bet or being the one to raise your opponents.

You can place bets entirely based on a bluff, meaning you are trying to coax your opponents into folding or raising your bet when you know you don’t have the best hand. This works in the reverse too, called a Double Bluff in which you have a good hand but pretend it is a bad hand, then still place a high bet.

You always want to know your opponent and their Poker ability. It is easier to bluff a veteran player than it is a new player, so you want to adjust your playstyle against each type. If you are playing against a new player who has an unsheltered confidence, you can keep applying pressure to them and they will continue to call and could give you a huge payday.

The highest ranking, a line from 10 to Ace, nothing beats it.

Four of a Kind

Third ranking, shows four of the same cards and is completed with the highest card in your hand or on the table.

Fourth ranking, made with a set of three and a pair. The winning Full House is the one with the highest set of three.

Fifth ranking, contains 5 cards of the same suit in no particular order. If more than one flush is present, the hand with the highest card in it wins.

Sixth rank, made up of a consecutive number list but with varied suits. Aces can be after a King or before a 2.

Three Of A Kind

Eighth rank, made with two pairs of the same valued cards (2 kings, 2 sevens etc.). The last card is the highest card left available.

Ninth rank, contains only one pair and the rest of the hand is filled with the highest cards available.

The final and lowest rank. You have no decent options and the only value in your hand is the highest card.

Gambling can be a fun experience for everyone involved, but it always comes with the risk of loss and therefore must be treated as something more serious than a game. Enjoy yourself but stay sensible with your wagers and stop when you cannot afford to lose any more.

What Is Texas Hold’em Poker?

Texas Hold’em Poker is the most popular variant of Poker in the modern day.

How do you play Texas Hold’em?

Texas Hold’em, as with any form of poker, is a game of bluffing and having the highest hand.

What is the best hand in Poker?

The best hand in Poker is a Royal Flush, which beats any other hand.

Is Poker skill or luck?

As with any gambling venture, it depends on the luck of the cards, but you can definitely learn some tactics to turn it into a game of skill.