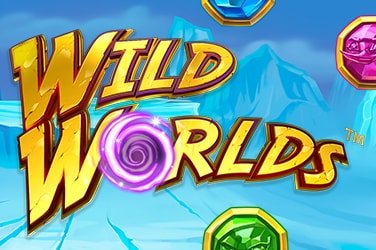 NetEnt’s Wild Worlds Slot Game gives players the chance to look through a telescope and into a utopian world where birds sit at computers and protect the rest of mankind from the threat of monsters.

Oh, and you can win yourself some money while doing it too! Let’s see how all the unique ingredients of Wild Worlds mix together to create a slot game that is very much off the beaten track of traditional slots.

Wild Worlds plays out on a 5×5 playboard featuring symbols that look like emblems of birdy superheroes, but they’ve also been designed in such a way that they also have a classical jewelled look about them, which is a nice marriage of contemporary themes and more traditional ideas that have a proven track record for attracting punters.

The Return to Player (RTP) percentage is a vital cog in any slot game engine and Wild Worlds has taken care of that with a very respectable rate of just under 96.5%, which is well above what we normally see on the market. In addition to the RTP, players need to be aware of a slot’s volatility, and with this one weighing in at “medium,” you stand a good chance of bagging regular wins during your session.

Other sessions will of course vary but we experienced a steady stream of small wins during our rigorous examination of Wild Worlds. Payouts are presented in “coin value” as opposed to straight-up cash, which isn’t much of a game-changer for slot players but sometimes you like to see a cash value lighting up the screen when you hit a win, don’t you?

The concept is certainly different from anything else we’ve seen on the slot market. The futuristic theme has been well carried out throughout the game, while the three superhero birds who watch over the world have their own fun in-game animations that add their own unique touch. This is all wrapped together with a vibrant electronic soundtrack that makes you feel like you’re in the year 3000.

The real fun gets going when you bag yourself eight free spins after matching three scatter symbols. This then plunges you into a 3v3 battle between your birds and a trio of space monsters. You then need to collect enough points to slay the monsters, and doing so then advances you to the boss round where you have the chance to pocket more wins by doing damage to an even bigger, blobbier fiend.

NetEnt’s Wild Worlds is a brilliantly put together game that offers everything a slot player could want. The game is fast-paced, has a truly unique concept, and some particularly exciting bonus rounds that come together to make one of the best games we’ve come across for a while.