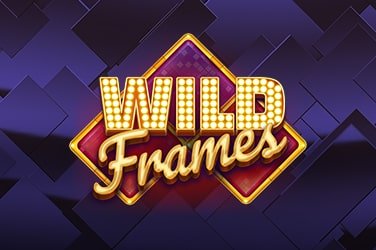 You’ll love its glitz and glamour and the pace of Wild Frames, which is guaranteed to keep you on your toes and take you on an authentic slot game journey with the opportunity to reap rewards along the way.

Wild Frames is wild for a few reasons – the main one being its ‘W’ symbol, a wild that operates as a progressive multiplier with a maximum of nine. Aside from this, it’s a stunning example of why classic casino visuals work so well, with its purple background, numerous sparkles and deck-of-cards icons taking players straight to Vegas.

It’s glamourous without relying on more ‘modern’ themes, focusing instead on increasing your wager and giving you the potential to win up to 7,000x your original stake! This also means that there are plenty of chances to miss out on, too, but with such high stakes – just like a brick-and-mortar casino – and a fun play-through, Wild Frames is impressive for such a new addition (2019) to Play’n GO’s portfolio.

Play’n GO are at the top of their game when it comes to online slots, with Wild Frames just one of the many examples of how good online gaming can get. Since their inception in 1997 and move to independence in 2004, they have focused primarily on the smartphone market to get their games to the fore of players’ minds, never compromising on quality graphics and engaging audio effects. As well as classic slots and video slots, Play’n GO are old hats at blackjack-based games, making waves in the online gaming world despite their relatively small portfolio.

With its 7×7 grid, Wild Frames has an above-average RTP of 96.5%, giving you good stakes to win, subject to which platform you decide to play on. For such a new game, this is a respectable average, though do be cautious of the game’s high volatility.

As mentioned, Wild Frames does give you the chance to win up to 7000x your initial wager! As well as this, a charge metre (which, as you might know, is a typical feature of Play’n GO’s slot games) alongside the grid becomes charged upon the landing of a winning symbol, which consequently triggers fun features such as transform, wildcard and shatter, designed to shake things up. With bets starting from 0.20EUR, you don’t have to invest much to start seeing wins, which makes Wild Frames a great grid to begin with if you’re new to this style of game.

Wild Frames from Play’n GO is none other than a wild ride in a classic setting. Designed to mimic an authentic casino experience, its graphics are second to none, immersing players in a game that pros and newbies alike will feel comfortable in. You’ll love its high pace, though do keep in mind its high volatility.