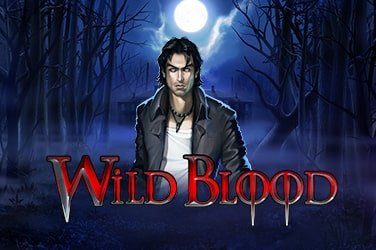 The sub-genre of vampires has been explored many, many times over the years in a variety of different entertainment formats, and now, the same can be said within the slot universe.

The Wild Blood slot game by Play’n GO has proved to be so popular that it’s even spawned a spin-off, but today, we’re going to work through the reasons why the original is so often the favourite in most franchises.

Seemingly based on the True Blood TV show, the Wild Blood slot game is as moody as it is enticing with the dark colour scheme helping every single symbol to stand out and really make an impact.

The 5×3 reel layout works in line with the majority of slot games out there, but unlike its successor, Wild Blood only has 15 paylines to its name – although that’s still more than enough to make a significant financial impact.

The blonde, brunette and redhead female stars are the core characters in this story and feature prominently alongside the standard playcards from 9 all the way up to the ace.

The return to player (RTP) percentage so often creates an ongoing dialogue between players as to just how useful or effective it may be, and that same trend is continued for the Wild Blood slot game. In terms of the final figure, it comes in at a respectable 96.17% which is typically viewed as slightly above the industry average. Plus, with medium volatility to enjoy, players are often treated to a steady stream of payouts.

Those who are a bit anxious about putting down the big bucks don’t have to worry about diving in at the deep end with a minimum stake of $/€/£0.15 being available. On the flip side, the maximum is also pretty low when compared with other examples at $/€/£18.75 – but there is still a chance of walking away with 2,500 coins which is a hard fact to ignore.

With regards to the theming, they strike a fine balance between being too cheesy and not committed enough to the subject matter, and while Wild Blood 2 does tend to feature better graphics, the gritty nature of the original still warms our heart.

You’ll want to keep an eye on the rare blood vial symbols as they could open the door for some tasty winnings in the bonus features which are as follows: Respin, which gives you more opportunities to win cash courtesy of the vampire expanding wild, the ongoing multipliers and the Pick The Blood bonus which is unlike any other mini-games we’ve seen in a long time.

The Wild Blood slot game sets you up for a good time with a freaky soundtrack and intriguing theming and then follows through with solid storytelling and the possibility of respectable wins.

There’s a debate to be had about whether or not it exceeds the quality of the sequel, but without this slot, WB2 wouldn’t have been able to flourish in quite the same way.