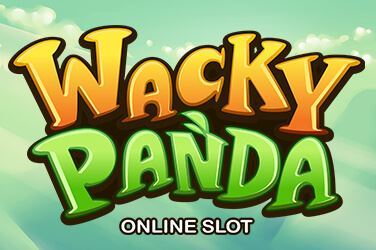 Pandas are officially the cutest creatures in the animal kingdom, so it’s about time someone came up with a slot that’s worthy of their cuteness, right? Say hello to Wacky Panda, a slot that exudes over the top Japanese cuteness from every pore!

It may only have one row and three reels, but there’s a bit more to this slot than meets the eye and it still packs quite a punch, with soaring jackpots of over 1000x your stake. But is Wacky Panda thriving or should it just go extinct? Let’s take a look in our Wacky Panda review!

Despite this slot’s simplicity, there’s still a great deal of quality and detail behind it, so don’t worry that Microgaming has cut any corners. The first thing you are introduced to in this slot is a cast of colourful characters: little pandas with big personalities. They’re all different colours and wear different outfits, but most importantly for players, they are all worth different amounts of cash to you. Alongside these fluffy guys are some fruity symbols to represent the lower values: grapes, watermelons and bananas. The background to the reels is a lush bamboo forest, and there are even animations included as your furry friends dance and frolic by the reels as you spin!

In terms of the game-play, Wacky Panda is the latest in a new tradition of slimmed-down slots that are optimized for mobile, featuring a single large set of three reels and an easy to use paytable beside it telling you how to win. This isn’t a slot for high rollers, because the highest that you’re allowed to bet on a single spin is £/€/$15, but that doesn’t mean that there aren’t good payouts to be had. You only need to make combinations of three to access the top prizes here, and in the case of the top-paying red panda you only actually need two, so the top prizes are accessible in just one spin. How much you win depends on how much you bet, and you’ll need to bet the maximum amount of three coins to access the top prizes, but that means a maximum jackpot of 3,333x your bet if you hit the big time. Even the lesser golden and purple pandas pay 900x and 360x respectively, so there are no bad options. That probably explains why the RTP comes out at an average of 95%.

One of the only downsides to the Wacky Panda slot game is that there are no bonus rounds at all, so you’ll have to make do with the main game because it’s all you get. It’s so easy to win here that we doubt you’ll mind too much, but it could be a problem for game fans who are wedded to their free spins and multipliers.

Wacky Panda is a fun and cute adventure in the bamboo forest, where there are lots of panda friends to play with, but it’s not all fun and games. Thanks to the plug and play nature of this game the big wins are merely a spin away, and you don’t even have to bet all that big in order to get at them. If you’re looking for a cute and casual way to make a mint, this is the game for you.