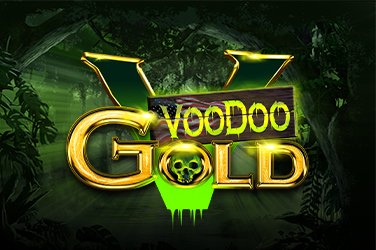 As the latest game in the already acclaimed Gold series by ELK Studios, Voodoo Gold has a reputation that precedes it. In this review, we’ll be looking comprehensively at the game, including its background, RTP, and bonus features.

Read on to discover whether Voodoo Gold will be taking the gold home, or not.

As mentioned, Voodoo Gold is one of the newer titles in ELK Studios’ Gold series, following popular titles such as Ecuador Gold and Tahiti Gold. Voodoo Gold is set in the murky swamps of Louisiana, with the idea of alchemy seemingly the main inspiration. The theme and visuals of Voodoo Gold boast quirkiness aplenty, with symbols such as a crow’s foot, a bottle of moonshine, dice, top hats with skulls on them, and even goats and crosses all sticking true to the concept.

Unlike other slots, Voodoo Gold is made exciting by the introduction of actual characters, including the explorer protagonist Kane and a suspicious Voodoo Priest. It’s this full commitment to the theme and storyline that really brings Voodoo Gold to life.

Voodoo Gold was made by ELK Studios, one of the biggest providers of online casino and other online games. ELK Studios has been active since 2013, producing a consistent stream of beloved titles in the time since then. Previous titles include Diablo Reels, Micro Knights, Ice Wolf and a plethora of other entertaining games.

With 262,144 ways to win at the game’s peak, Voodoo Gold has features galore – which is sure to be a hit with both slot veterans and casino novices alike. The reels are 6×8, which is a decent size for you to match up symbols and trigger features and bonuses.

One of the best features of the game is the sticky scatters, which can award anything between 6 and 15 free spin drops each time. Any landing wilds stick on the reel (hence their name) and continue to benefit the rest of your game.

Exploding Bombs are also sure to make an appearance, destroying some symbols so new ones can come in.

It’s easy to say that ELK Studios continues its streak of golden games with Voodoo Gold. The visuals are fun and stylish, the payout is worth playing for, and features such as Exploding Bombs and the unique Avalanche mechanic make it a thrilling game and solid contender for all slot game fans.