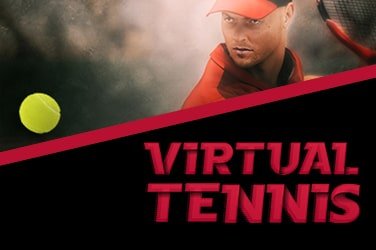 There are many elite sports out there that have been immortalised in various forms of entertainment, and we believe one of the most underrated of them all to be tennis. The skill, focus and endurance required to succeed are out of this world, and more people need to appreciate that.

Today, we’re going to see whether or not 1×2 Gaming’s Virtual Tennis slot game honours that sacrifice in the right way.

The Virtual Tennis slot game follows in the footsteps of most tennis-based games in the sense that it attempts to build off of the sport’s prestige and illustrious history, as well as highlighting the athleticism it entails. That’s an intriguing yet difficult balance to strike but 1×2 Gaming gives it a good old shot with five reels and the potential to seek out 20 different winning combinations.

There’s definitely a unique edge to the game, as is the case with the entire ‘virtual’ series, with a string of players popping up for you to become acquainted with. If nothing else, this should get you far more hyped about the prospect of picking up a racket than you otherwise would’ve been.

The return to player (RTP) percentage is an important piece of the puzzle in any slot – even the most unconventional ones such as the Virtual Tennis slot game. It’ll open the eyes of punters who are considering whether or not a slot is worth their time, and even though some like to go in blind, others still prefer to know what they’re getting themselves in for.

The reported RTP for Virtual Tennis comes in at 92.09%, and it doesn’t take a genius to figure out that’s a low figure. That may throw you off the scent of wanting to play but in many ways, it comes down to how invested you are in seeing the theming.

The graphics are done in a smooth enough way to allow for some enjoyment from players and, unintentionally, it probably does a great job of advertising the other virtual games that 1×2 Gaming has up its sleeve in the series.

The Virtual Tennis slot game isn’t going to do enough to draw in the big critics who feel as if the virtual market isn’t for them, but if you’ve given titles like Virtual Trotting a try, then there’s no reason not to do the same for this one.