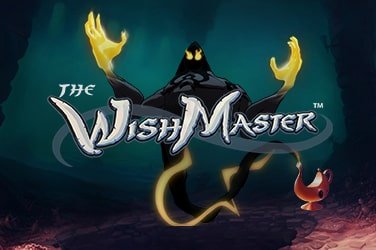 Luckily, you don’t need to rub a magic lamp to play The Wish Master slot. If you’ve been wishing for a fun slot packed with bonus features, this may be the slot for you.

Set within a mystical cave within the dessert, The Wish Master has a dark and mysterious theme that keeps players engaged. The aim of the game is simple, find the genie and ask for free spins.

The letters J, Q, K and A are the lower-value symbols on the reels, whereas birds, lions, scorpions and snakes are the higher-value symbols. The snake symbol is the highest paying symbol on the board and can see players win between 1.5 – 37.5 times their original bet, depending on how many snakes fall together. Players should watch out for a flaming wild symbol which can appear on all reels and can substitute all symbols (aside from the lamp scatter.)

The Wish Master is an extremely entertaining slot, though it would be hard to expect anything less from digital entertainment experts NetEnt. NetEnt currently has over 200 games in their portfolio and have a team of over 1000 employees around the globe. NetEnt work with the most successful online casino operators in the world to deliver thrilling games and high-quality slots. As a company, they pride themselves on being industry pioneers and creating online gaming solutions as well as fun games.

The Wish Master is a video slot with 5 reels and 20 paylines. The RTP of the slot is 96.5%, though this rate can vary. A spin on the slot can cost between 20p to $/€/£100, ensuring the game appeals to both novice players and high rollers. The Wish Master was originally released in 2014 and became widely popular with fans, NetEnt has since upgraded the format of the slot to HTML5, to ensure the slot can be played on mobile and tablet devices, as well as on desktops. This ensures no matter how or where players want to play The Wish Master, they will be able to receive a high-quality experience.

The Wish Master has become an incredibly popular slot game due to its exciting bonus features. The Wish Master bonus round is triggered when a scatter symbol appears on the reels and randomly triggers a bonus game/feature, plus a free spin. Some of the bonus features include an extra wild added to the reels, a wild reel, an expanding wild and a random multiplier added to a round.

If a scatter symbol appears during a free spin, another bonus feature will be triggered, a maximum of 3 bonus rounds can be played together. Should a player manage to land 3 bonus features in a row, their chances of winning big increases greatly and a player may have the chance to win an incredible 4500 x their original stake.

If one of your three wishes is to play a fun and engaging slot, The Wish Master has granted your wish!