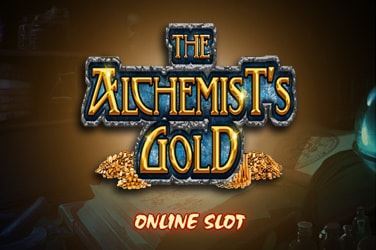 A number of bonus features await Casino77 players as they look to make the most of The Alchemist’s Gold slot game from 2×2 Gaming!

2×2 Gaming’s The Alchemist’s Gold online slot game will provide Casino77 players with some truly immersive and impressive graphics and visuals, whilst also keeping things as mysterious as possible; perhaps to try and keep players as interested as possible.

As soon as the screen loads, this The Alchemist’s Gold review found that players are greeted with an expertly designed playing grid that features a number of colourful and vibrant colours, although they also noticed that there is a dark background with a vial that appears to have a candle’s flame that is burning underneath it.

The playing grid features a traditional setup as there are 5 reels and 4 rows, whilst there are also a total of 40 different paylines that are all fixed for each spin that is made. Speaking of spins, this The Alchemist’s Gold review found that a minimum bet of $/€/£0.40 could be placed, although a maximum bet of $/€/£40 on each spin could also be placed.

By taking a look at the paytable available in this game, The Alchemist’s Gold slot game review found a number of different icons all available to make the most of and try to form winning combinations with.

These icons include things such as the playing card suits, as well as stacks of silver bars and bronze goblets that are all of the ‘original icons’. This The Alchemist’s Gold game also features some ‘golden icons’ which can provide bigger wins they land and include the playing cards, stacks of gold bars, a golden goblet, golden pieces of jewellery, a golden shield, a golden potion and a gold crown.

It should be noted that The Alchemist can also turn all symbols into a reel of gold when he is stacked, thus increasing the prizes values!

An additional The Alchemist’s Gold bonus in regards to the free spins game is the fact that there are two different games available to trigger; the ‘Easy Feature Free Spins’ and the ‘All Gold Free Spins’ features.

Players who use the former will be able to see that any wild that appears on the grid on reels 2 and 4 be expanded and trigger the ‘Alchemists Special’ bonus, whereas those that choose the latter of the two games will make sure that all icons are gold when they appear on the reels, although a high element of risk is involved.

Another The Alchemist’s Gold bonus available is via the mystery feature that can be found, with players able to find random mystery icons appearing on the grid that can transform into any of the regular paytable icons.

The last thing that The Alchemist’s Gold review looks at is the return to player (RTP) rate that has been set, with 2×2 Gaming having provided a rate that sits at 96.02%, whilst a medium to high volatility level has been provided.

With so many bonus features available to take advantage of, Casino77 players who have read this The Alchemist’s Gold review will want to play this game immediately as they will be able to potentially win some lucrative rewards! With free spins, special icons and random icons, this game has a lot of excitement on offer!