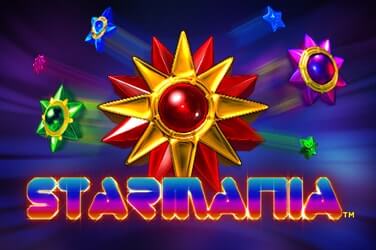 With a name like Starmania, you would expect this slot to offer a thrilling ride into space and plenty of sci-fi themed fun. It certainly does not disappoint and is a great game to try for anyone who likes the space/inter-galactic theme. It has been developed by NextGen Gaming in conjunction with NYX.

NextGen is one of the best-known slot developers around with top titles including Medusa and Dolphin Reef to their name. But how does Starmania match up to popular games like these?

This space-themed slot comes with a 5 reel and 10 payline set-up. It also has a Pays Both Ways design which makes it easier to hit winning combos within the base game. While the gameplay is fairly simple, the colourful graphics and futuristic feel help to make it exciting. The soothing ambient style soundtrack is also a highlight and helps you feel like you are floating through the galaxy!

Stakes start from 10p per spin which is perfect for players who are after more casual fun. Players who like to risk more to win more can play from as much as £20 per spin though. One very attractive feature of this slot is the maximum prize of 4,600 times your stake which is available in both the base game and Free Games bonus round. This can see you land some pretty big payouts if you are lucky!

Another very attractive feature this title comes with is an impressive 97.87% RTP figure. This is higher than most other slots out there and something which is sure to capture most players’ attention. Starmania is classed as a medium variance game. This reflects its small array of bonus features and the decent maximum win you could scoop. Available on both desktop and mobile devices, this cosmic video slot is a nice alternative to something like Starburst from NetEnt.

One thing you will notice is that this game does not come with lots of bonus features. If you like games which do have masses of special bonuses to enjoy, it may not be for you. The only really special feature here is the Free Games one. This is triggered in the base game when you hit 3 or over Bonus Scatters on the reels. Players then get 10 Free Spins to enjoy with a massive 30 Stacked Wilds being placed on reels 4, 3 and 2. Not only can this bring decent wins but the whole bonus can be retriggered to give up to 20 free goes.

There is no doubt that this is a game which looks and feels a bit like Starburst. This is no bad thing, however, if you like space-themed slots. It is always a good thing to have different games to try out and Starmania’s Free Games bonus is certainly worth checking out. With well-balanced gameplay and a high RTP, it is a good addition to NextGen Gaming’s roster. With just a few more bonus features though, it could have been truly outstanding.