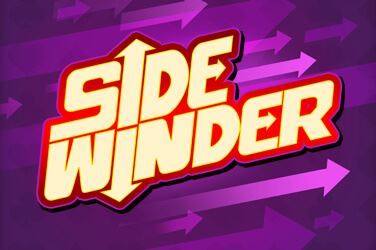 For those who want to feel like you’ve just jumped directly into some kind of hybrid game show, boy oh boy do we have the slot for you.

The Sidewinder slot game by Microgaming is the definition of unique, and today, we’re going to try and figure out whether or not that’s a good thing.

The Sidewinder slot game immediately attempts to set itself apart from the rest of the chasing pack with a unique reel setup of 3x5x5x5x3. Oh, and there are also 243 ways to win, which could go up to 1,125 later on in the game.

There are plenty of fun, themed symbols to be seen on the reels too that are bound to trigger some nostalgia, such as the bars, horseshoes, bells, 7s, clovers and more.

The return to player (RTP) percentage is always going to be integral to the continued progress of slot gaming for those who use it as a guiding light to know what financial rewards they can expect to receive. The same is true for the Sidewinder slot game with their RTP coming in at 96.02%. That’s considered to be below the standard industry average but with medium volatility, a steadier stream of smaller wins should definitely be possible.

Players can get the ball rolling with a minimum stake of $/€/£0.10 before working their way up to a tidy maximum of $/€/£100. It’s also plausible that you could win 2,720x your initial stake, but only with some serious persistence.

Entertainment is often the name of the game within the slot business and we think that Sidewinder nails the general aura of that quite nicely. It’s a bit clunky at times and the gameplay is slightly harder to follow than something more conventional, but it’s colourful and unique which is all you can really ask for.

There are actually three wilds to speak of in this slot – a regular, top and bottom. They replace all others aside from the scatter, which is the Sidewinder logo, with the regular only appearing on horizontal reels. The top pops up on the 2nd reel and the bottom on the 4th.

This is when your amount of ways to win increases with an additional Free Spins feature appearing when three or four Sidewinder scatters pop up on the 2nd, 4th and horizontal reels – leading to as many as 10 free spins.

The Sidewinder slot game is a little bit wacky, and yet, it’s far more fun than we would’ve thought. The bonus features are complicated if not decent, the winnings are reasonable, and the theming is incredibly random which somehow makes it an overwhelming success.