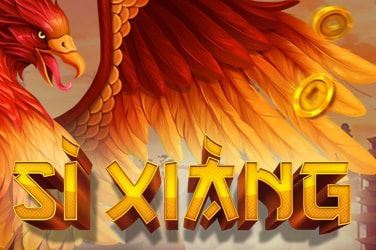 Chinese mythology is an area that should be handled with great care and delicacy, if only because there is so much culture and heritage that lies within it.

It’s easy to create slots based on certain themes but with something as complex as this, it can be a bit trickier – and yet we’re still confident the Si Xiang slot game by Iron Dog Studios can pull it off.

The gorgeous and enchanting setup begins with a 5×4 reel layout that is quite condensed, allowing the overall theming to really shine through both in the background and the foreground. There are 28 paylines to work your way through alongside a host of themed symbols that pop up on the reels, including numerous Chinese letters, frogs, koi carp and the Monkey King, with the idea being that four mythological creatures control this land.

The return to player (RTP) percentage is always going to serve as an integral statistic or figure for most slots and the same is true for the Si Xiang slot game. The reported RTP here comes in at 96%, situating it at just below the standard industry average. With that being said the volatility is pretty high, meaning the high rollers amongst you may want to stick around to see what else is on offer.

Players can kickstart their journey with a nice minimum stake of $/€/£0.50 before working their way all the way up to $/€/£50 – if they feel inclined to do so, of course.

From there you’ll need to keep an eye out for the Magic Portal symbol as it can pay up to 888 coins if you manage to land five of them.

The soundtrack is calming and fits in with the theming, the actual design work is great, and the gameplay is about as smooth as you could hope for a slot to be – so we’d say they’ve done pretty well in this department.

The Yin Yang symbol is the wild and can replace other symbols when it lands on the 3rd reel (the middle), trebling the potential winnings in the process. There’s also the aforementioned Magic Portal symbol which can increase your stake in a big way by landing three, four or five of them at any one given time. If you land both on the middle reel, the Free Spins feature will be activated.

Players will start off with 100 free spins with one of the four guardian creatures being revealed by the Magic Portal.

Azure Dragon – a three-high wild that movies left or right on each spin.

White Tiger – a three-wide wild that moves up and down with each free spin.

Wild Tortoise – a 2×2 expanding wild that can move randomly in any direction.

Vermillion Bird – a five-symbol cross expanding wild that can move in any direction.

The Si Xiang slot game is clearly very visually appealing, but in truth, it winds up going far beyond that. The winnings are decent, the gameplay is fun, the theming is solid and the bonus features really do make this feel like a grand experience.