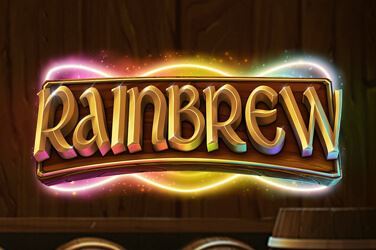 Powered by Just for the Win and Microgaming’s platform, the Rainbrew Slot Game is a fun, feature-packed Irish themed slot with a whimsical feel. Try your luck at landing wins across the 3-5-5-5-3 reel layout, and choose to play on any device thanks to the fully optimised design.

With a Return to Player (RTP) of 96.02%, the Rainbrew Slot Game is considered a medium volatility slot. It offers an incredible top payout of 2,720 times your total stake.

The Rainbrew Slot Game has an attractive aesthetic, with the setting appearing to be a leprechaun’s brewery. The stereotypical Irish luck theme is evident throughout, leaving you feeling as if you’re hunting for a pot of gold at the end of the rainbow-filled design.

This theme continues across the game’s symbols, including smoking pipes, special brew filled barrels and mugs, two leprechaun characters – male and female – and four Celtic style objects. The male leprechaun character is the highest paying symbol, offering eight times your stake if you land five on a payline.

The Sidewinder feature is a thrilling and innovative addition to the Rainbrew Slot Game which contributes significantly with 50.66% towards the Return to Player (RTP) percentage. The feature is triggered when a top and bottom wild appear in sync, activating the top and bottom horizontal reels in the process. In turn, this increases the possible ways to win to 1,125. Repeated activation can result in racking up huge wins.

The Rainbrew Slot Game offers three different wild symbols to look out for – regular, top, and bottom – that all substitute for all other symbols, apart from the free spins scatter.

The free spins scatter can land on reels two and four and the horizontal reels – land three to trigger six free spins or land four to trigger ten free spins.

The Rainbrew Slot Game is fun to play and has an exciting, colourful interface which is well-themed. The Sidewinder feature adds a lot of interest to the gameplay experience, and the ability to boost the number of winning ways to 1,125 is very impressive. The game has a great pace that makes it enjoyable for both new and seasoned slot players.