Home » Nyx » Queen of the Castle 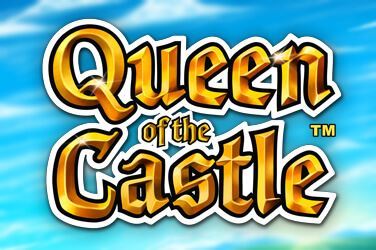 Powered by NextGen Gaming, the Queen of the Castle Slot game is a medieval-themed game with some excellent special bonus features alongside 3,087 ways to win. Thanks to the fully-optimised design, you can play this video slot on both mobile and desktop devices.

With a Return to Player (RTP) of 96.1%, the non-progressive Queen of the Castle Slot Game is considered a medium to high volatility slot.

Queen of the Castle gameplay info

As the name of this slot may suggest, the setting is a grand castle, which is positioned amidst grassy hills and rocky mountains, with what appears to be a calm body of water surrounding it. The design is very cartoon-like, but incredibly well-polished, with clear, vivid graphics bursting with colour.

In terms of symbols, you’ll find the usual royal playing card icons – J, Q, K, and A – in addition to a banner which boasts the slot’s name, a cute puppy, a throne, and a bag of gold, as well as brightly coloured blue, green, pink, and yellow gemstones. The playing cards as the lowest value symbols. For the wild, you’ll be greeted by the Queen of the Castle herself, who substitutes for all other symbols on the reels apart from the bonus scatter and the crown symbol. The latter only enters the gameplay during free game rounds, helping you to reach the next level. There’s also a shield bonus which can land on reels two, three, or four to activate the free games round.

Look out for the red mystery chest, which can trigger the reveal feature once it lands in a neat stack on the first reel. There’s a nudge which will allow it to nudge back to reveal itself if only part of the chest lands within this reel. If this occurs, all royals on the remaining reels will turn into a high-value symbol, chosen at random.

There’s also a purple mystery chest, which works in the same way, but only lands on the fifth reel. Once triggered, all gemstone icons will be replaced by a random, high-paying symbol.

The Queen of the Castle Slot Game’s key attraction is the free games feature, activated when three bonus scatters land. When this happens, you’ll begin with 14 freebies, while the crown will replace the bonus scatter. The tower meter will start to fill each time a crown appears on the reel and will start opening up the four free games levels in the process. You’ll start at level one if you land three crowns, which in turn will increase the number of winning ways to 1,125 while

The Queen of the Castle Slot Game is a fun game to play and is packed with action, so you’ll never get bored of spinning. The bonus features are impressive and offer the chance to be rewarded well if you land the right symbols, though it can take some time to trigger them.