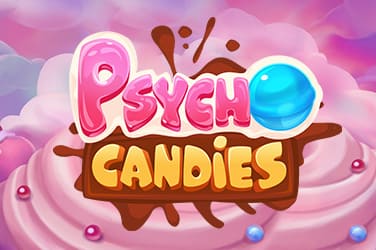 This progressive video slot with medium volatility was released on April 6th, 2020. Aside from the four progressive jackpots, there are feature wins that can total up to 5,000x the initial stake per spin. Gluck Games is the creator of this vibrant release.

The reels are scattered among candies of various colours, sizes, and textures. On the reels, there is a total colour overload, and the creative team combines it with special sound effects of caramels falling on top of each other. There is also good animation. There are glue and green lollipops, red and purple jelly beans, star-shaped milk caramels, and yellow chewing candies among the treats.

This slot game’s Special Icons are; Firstly, The Bomb sign, which is a brightly coloured caramel. Per its maximal combination, it will pay up to 18x the line stake. Secondly, The bonus symbol; which is a rainbow-coloured jelly bean that does not payout on its own. Thirdly, This pictograph; which functions in an unusual way. Its clusters erupt, grabbing and eliminating more symbols in the area. Lastly, The free spin feature will be triggered with a caramel heart.

Regular Icons of this game are:

This game uses a spiralling technique, which means that one triumph might lead to another or perhaps a series of respins, with the successful symbols being changed by new ones. Each successive win increases the multiplier by x1, and the multiplier in the Psycho Candies slot is infinite.

Once you’ve filled at least one of the cauldrons, you’ll be transported to one of the five bonus realms, initiating the Boss Fighting Feature. One of the five monsters will be summoned to the battlefield. Destroy the monster by repeating symbols until it bursts, then collects your significant cash awards.

Once you have earned the bonus, you’ll be sent to the Jackpot Wheel session, which features a five-sectioned wheel. There are up to twenty-two additional free spins available, or you can win one of the four jackpots. You will now be subjected to a continuous tier based on the amount of sophistication in the prior round.

A group of free spins symbols activates anywhere between a dozen and twenty-two additional rotations, with the cascading reels increasing in value. If you catch enough jellybeans, you’ll be given two to five options on the grid, each with a chance to win more coins.

It has a 97.5 per cent return to player percentage, which is a high number rarely seen on other reels these days.

Within its 6×6 grid, the Psycho Candies slot machine combines a variety of rewards. To begin with, this is a bright and cheerful game with a user-friendly design. Then there are the cascading reels with increasing multipliers, which is a useful basic game feature that many of us appreciate. These are complemented by bursting wins, free spins, five pick-me rounds, and even four progressive multipliers with wins up to a million dollars.