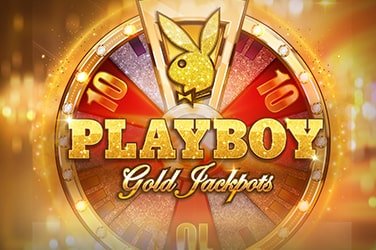 Playboy Gold Jackpots is the third instalment in the Playboy slots series. Offering more features and four fixed jackpots, it was created by Triple Edge Studios and is powered by Microgaming.

Unlike the original slot, Playboy Gold Jackpots is optimised for mobile play, so let’s take a closer look at whether it’s worth a spin below.

Based on Hugh Hefner’s iconic franchise, Playboy Gold Jackpots introduces some new features to the reels. However, its gameplay and graphics are relatively simple, with 5 reels, 6 rows and 30 paylines.

Symbols include clubs, diamonds, hearts, stars and spades, and some of the playmates featured here appear in the previous game too, such as Carly, Hiromi, Gia and Stephanie. ‘Stephanie’ represents the highest paying symbol, awarding players 8.75x their stake for 5 of a kind. There are also three different types of wilds – 2x, 3x and 5x. These substitute for all symbols (except the wheel) and will multiply accordingly.

Playboy Gold Jackpots’ volatility falls in the medium range, but its RTP is a respectable 96.08%. Players can also bet from 10p up to $/€/£60 per spin on all devices.

The first feature to note is Jumbo Block. Here, picture symbol stacks can combine on the middle three reels to form ‘jumbo blocks’ which are 3 x 4 in size. This helps to increase players’ chances of landing a bigger winning combination.

Another symbol to keep an eye out for is the wheel – if a full wheel block is nudged into place or appears in view, the Wheel Bonus feature is activated. Once the wheel comes to a stop, the corresponding prize is awarded. This can be either the Free Spins feature or a fixed jackpot of 20x, 100x, 500x or 2,500x the stake.

During the Free Spins round, players benefit from a complete jumbo block appearing on each spin. Not only does this activate the Wheel Bonus, but it means players get 2x, 3x and 5x wilds too, which combine to create 25x wild multipliers.

Triple Edge Studios is an independent development studio and supplies online gaming content exclusively to Microgaming (outside of the US). Launched in February 2018, the team is behind releases such as Book of Oz and Halloween. Playboy Gold Jackpots was released in November 2019.

Although it doesn’t offer the big prizes available from other jackpot slots, players still have the potential to win good prizes, especially if they land the top prize of 2,500x their stake.