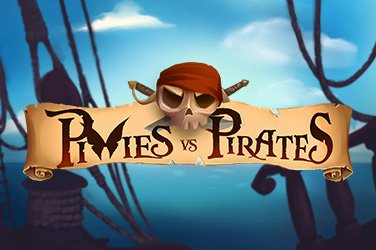 The Pixies vs Pirates Slot Game is a mobile-friendly video slot by No Limit City. With six reels, three rows and up to 11,664 paylines offering different ways to win, it’s an exciting game combining pirates and pixies for a slightly weird yet wonderfully mysterious adventure.

With a Return to Player (RTP) of 95.91%, the Pixies vs Pirates Slot Game is considered a high volatility game, but when the wins do come, they’ll be worth it. It’s packed with special features and has a maximum win of 11,000 times your stake.

The Pixies vs Pirates Slot Game is set on a sailing pirate ship, with a wooden game window and a well synchronised fast-paced soundtrack. The characters are, as the name would suggest, a variety of colourful pixies and pirates, donning arrows, knives, and other related weapons. The pirate captain and pixie queen are the ones to watch out for, as they pay the most. Other symbols include the usual royals, from number nine through to A. There’s also a mystical tree which acts as the wild symbol within the game.

The slot itself has some thrilling bonus rounds, with nudging wilds, free spins, mystery symbols, expanding reels and multipliers all thrown in for good measure.

Free Spins with the Battle Bonus

Trigger the Battle Bonus by landing three or more game logo symbols across the reels. It’ll award you with free spins, but you’ll need to choose your side first from either the pirate captain or pixie queen. If your chosen character symbol appears during the Battle Bonus round, you’ll get another chance at it. A hidden seventh reel will appear with each spin, which increases the available number of paylines to a massive 11,664.

Another great feature is the xWays Mystery Chest. Look out for this, as when it appears on the fourth reel it’ll reveal the hidden seventh reel too, again increasing the number of paylines and leaving you with 11,664 ways to win.

There’s a red rose wild system within the Pixies vs Pirates game which gives the game an exciting twist. Known as an ‘xWild’, this will fill an entire reel. Keep a close eye out for it, but don’t worry if it’s only partially displayed when the reels finish spinning. The great thing here is that it’ll be automatically nudged into place to complete a win. Whenever a nudge occurs, any subsequent win will be multiplied by between one and six times your prize, giving you the chance to win up to 11,000 times your bet.

The Pixies vs Pirates Slot Game is a colourful, action-packed slot with many excellent features to make for an exciting gameplay experience. The key to maximising winnings is through the elusive seventh reel, and the win potential is enormous if you manage to reveal it.

If pixies and pirates aren’t your things, why not try Book of Gold Multichance, Sevens and Fruits: 20 Lines, 3 Fruits Win and Imperial Fruits 40 Lines.