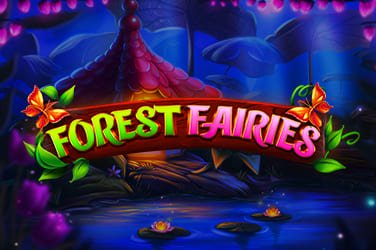 Enjoy the mystical environment of the Pixies of the Forest slot machine by taking a trip down memory lane.

The theme and the design of this slot game are quite fascinating. Take in the scenery of the woods that run along the edge of this fantasy-themed slot grid. You may even catch a glimpse of the pixies themselves scurrying along the edge of the game. The grid itself is gold-framed, with lovely vines dividing the five reels, while you will see the forest in the background, and the symbols are also quite enchanting, having been drawn in a slight comic book style.

The gameplay of this slot game is very easy to understand. You will be handed 33 coins, which will be multiplied by the bet multiplier you choose (1.00 – 200.00). Your total bet will be split among the 99 paylines in the 5×3 grid, which pay left to right. The game has five reels, three rows and 99 paylines, while the betting range is from $/€/£1 up to $/€/£200 per spin. You can pick up wins by landing at least three matching symbols across a payline.

This game has a Tumbling Reels mechanic in place, which means that winning symbols are removed from the reels, and new symbols drop in to take their place. This process is repeated if the new symbols also form a winning combination, and thus this gives you the potential to pick up multiple wins on a single spin.

The highest-paying symbol in the game is the game logo itself, which can pay up to 2,000 times your bet if you land five of them across a payline. Then there are the pixies: the purple-haired one, the brunette, and the blond. Lower-paying symbols in the Pixies of the Forest online slot are the standard card royals of A, K and Q. The Wild can substitute for all other symbols to help create winning combinations; however, it only lands on the three middle reels in the base game.

Land the Bonus symbol on the first three rows of a payline to activate the Free Spins bonus game, where the number of spins you have will be revealed by clicking on one of the bonus symbols. This could be anywhere between five and 11. The Wild can land on the first four reels during this round, boosting your chances of winning even further.

This is a game with low to medium volatility, with an RTP of 94.9%

This is an excellent addition to IGT’s stable of games, with straightforward gameplay and an exciting theme, as well as some potentially rewarding bonuses that will keep players coming back for more.

If you feel like you can’t see the wood for the trees because we offer so many slots and casino games then we recommend trying Dragon Shard, Our Days, Who Wants to Be A Millionaire and Arctic Valor.