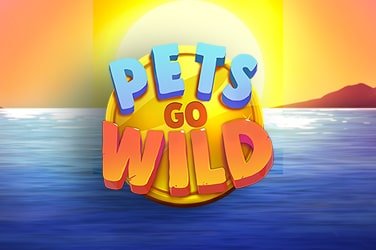 They say there’s nothing new under the sun, but that’s definitely not the case with the amazing Pets Go Wild slot game from Skilzzgaming. Thanks to its innovative mechanics, playing Pets Go Wild is almost like you’re not playing a slot at all, putting your block-busting skills to the test to help your furry friends progress through a cool story mode, racking up bonuses and experience points as you go. So is this game an animal adventure or a bad fur day?

Let’s take a look in our Pets Go Wild review.

You have to forget a lot of what you know about slots to get your head around this game, but there are a couple of mechanics you’ll recognise. The shape of the reels is different in each stage of the game, but in each one, you’ll need to identify blocks of at least three of the same symbol and click them to make them disappear. These blocks can run in any direction, they just need to be touching each other.

The blocks represent Dog, Cat, Fish, Bird and Rabbit, who you’ll notice are also represented as characters at the top of the screen. Every time you remove a combo of blocks with their symbol on it they gain experience, and each time their experience bar fills up you get a multiplier equal to the one that’s shown on their character portrait. This is a cascading reels slot, so each time blocks are removed by your clicks they are replaced by new blocks falling from above.

The traditional spinning mechanic is also abandoned in this game, and players instead bet on each round where they attempt to match blocks and add experience points to the characters: adding to the prize kitty with every successful match and building their multipliers. This continues until there are no more matches possible, at which point you are rewarded with the amount you managed to build in that round. The XP you built for your characters is also accumulated in each round and added to your total XP, which can then be used to unlock new and different stages.

The Pets Go Wild slot game is such an unusual game that it’s hard to categorise things as bonuses, but each new stage has unique mini-games within it that you must complete to earn cash prizes. Pet’s Circus challenges you to launch your pets from a cannon for higher multipliers, the moon adventure level requires your pets to complete a maze by chaining wins together, while the haunted house level features a simple pick and win game with mystery doors. All these features are opportunities to add multipliers and cash prizes to your total, while you’ll also spot XP and star tiles that can be included in your block combos for extra XP and a special prize respectively. Collect seven lucky stars and win a massive 1000x your stake! The RTP is a little on the low side at 95%, so take any chance you can get for more cash!

Pets Go Wild is likely unlike anything you’ve ever played before, and it’s totally different from the mainstream slots experience. We can’t deny that it’s great fun, and the different mechanics all look great and work so well that you can’t help but get caught up in the fun. If anything it might be a little too different from traditional slots games for hardcore players, but for beginners or those out for a little something new, this is a perfect variation on a well-known theme.