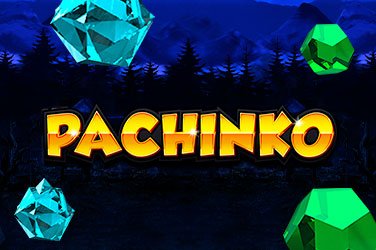 Anybody who knows anything about Japanese gaming knows about Pachinko, the bingo-style arcade game that amounts to a national obsession on the island nation with tens of millions of regular players, but how does it translate into the world of slot games?

Strict gambling rules make it one of the few options for Japanese gamers, but does it travel well for Western audiences used to a wider variety of options? Let’s find out in our Pachinko slot game review.

The similarities between this game and bingo are striking, which includes the way the game is laid out on the screen. The background to the Pachinko slot game is unmistakably Japanese, with a serene moonlit temple and various pagodas in the background, while four cards sit on the screen beneath Japanese style roofs and the randomly chosen balls sit in a stone shrine at the bottom of the screen. If none of this makes sense to you, don’t worry because all will become clear, but all you need to know so far is that this game looks pretty utilitarian because most of it is given over to game mechanics rather than decoration, though we must admit the lucky cat you’re given is pretty cute.

This may all look a bit complicated but the rules are pretty simple: Players may pay to play with up to four Pachinko cards, which are full of 15 numbers arranged in a grid. You can swap out these cards for new ones whenever you wish, which will have a new set of 15 random numbers arranged in random order. Then you can ‘spin’ to be given 30 random coloured balls, which will hopefully match the ones on your cards, however, it’s also important that they sit on the card in certain matching patterns that are displayed at the top of the screen. The more difficult the pattern is to achieve the more it pays, from 3x to 2,000x your stake for a full house, while the RTP is a little lower than average at 95.82% so you should try to play with as many cards as you can to maximize your chances.

This interesting game even has an extra couple of bonuses, activated by landing certain special bonus patterns with the balls you’re given. One of the prizes is a randomly awarded jackpot of 5,000x your stake, while another is five free extra balls activated when you land two full lines. You can also buy extra balls, some of which will turn out to be wild balls, which allow you to select what their number will be, potentially winning you a fortune. The final bonus feature is held by the lucky cat and is awarded randomly, giving you the chance to pick cats to win random cash prizes, with each cat that holds a prize allowing you to move on to the next cat, with five levels available.

Pachinko is similar enough to western bingo games that getting the hang of the rules shouldn’t be too much of a problem, but there are enough variations to make things interesting and good enough prizes to make it a game well worth playing! Whether it’s coloured balls or lucky cats you’re hoping for, there’s always a way to make a fortune!