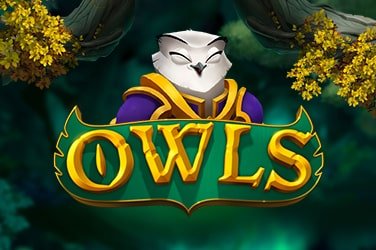 If you want a mysterious animal that is going to create more questions than it actually answers, then turn your attention towards the almighty owl.

As spooky as they are beautiful, these creatures really do fascinate us – and we’re going to see how Nolimit City has portrayed them in the Owls slot game.

We start off with a fairly standard setup of 5×3 on the reels, with just 15 paylines for players to try and work their way through. There are also plenty of themed symbols to sink your teeth into including chests, books and swords, as well as three higher-paying owls.

The return to player (RTP) percentage is important regardless of whether or not you personally use it, because it can give punters a clear idea of what financial rewards they’ll receive in any given slot. The same will be true for those who partake in it with the Owls slot game, with their reported RTP coming in at 96.22%. That’s slightly below the standard industry average but with medium volatility, it’s not unrealistic to think that smaller and more consistent wins are on the cards.

You can get started with a conservative minimum stake of $€£0.15 before riding up to a nice maximum of $€£75. From there, the possibility of winning up to 1,374x your initial stake is very much on the table.

The woodland, fantasy vibe that we get from this slot really does help to set it apart from the rest of the animal-based games we’ve seen as of late, and it’s helped along with some incredibly crisp animations and design work.

The owl leader that watches over your journey will witness a string of interesting bonuses, many of which are influenced by the wild symbol.

The Scatter Loot feature, however, becomes active if you land a fully stacked wild on the middle reel, with the scatter-style payouts giving you between six and seven-symbol combinations.

The Dream Spins feature is activated when you land the scatter on the 2nd, 3rd and 4th reels, giving you the opportunity to play one of the following three extras – all of which award five free spins.

Ember Dream – any flame shard or chest symbols landed in this round turn wild.

Frost Dream – the frost shard, frost sword and frost owl transform into one of the frost symbols to create some cluster wins.

The Owls slot game by Nolimit City is unique, the gameplay is smooth, and there are some really solid winnings to be captured throughout both the base game and the bonus features.

They’ve gone outside of the box with the sort of storytelling that makes for a really well-constructed slot experience, with Owls being both epic and thoroughly enjoyable from the moment it gets underway.