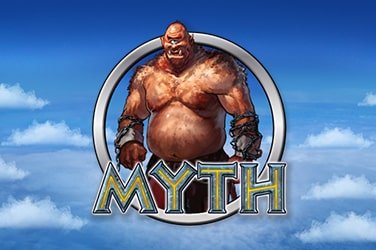 The imagery Greek mythology is so powerful that it often leads to imitation and tributes in various forms of the media – and that includes the slot industry, where this theme is seen time and time again.

Today, we’re going to take a look at the Myth slot game by Play’n GO to see what they have to offer in this crowded field.

This professional-looking board is flanked by the usual 5×3 reel setup, but with just 20 paylines on offer, you’d better take your opportunities as and when they present themselves.

There are some gorgeous themed symbols that work alongside the usual play-cards including characters such as Cyclops, Medusa and Minotaur – and yet, they’re only the tip of the iceberg.

The return to player (RTP) percentage plays a key and integral role in the experience of many slot players and the same will be true for those who decide to use it for the Myth slot game. The reported RTP for this one comes in at 96.88% which is actually quite impressive, and with medium to high volatility, there’s a whole lot of money to be won.

A minimum stake of $€£0.20 is followed up by a conservative maximum stake of $€£25, but don’t look away, because winnings of up to $€£5,000 coins and beyond could be waiting around the very next corner.

The gameplay itself might be a bit slow for some folks who like to burn through their slot gaming quite quickly, but we like the attention to detail that has helped to manufacture this slot. They’ve ensured that it’s a bit grittier than most common Greek mythology games, and for that reason alone, it deserves some praise.

You’ll want to keep an eye out for the warrior symbol who, in addition to being the hero of the day, also serves as the wild who can double your winnings in an instant.

The other bonus feature of real interest is going to be the free spins bonus which can be triggered by landing three or more of the golden urns – also known as the scatters in this game. You’ll be awarded 15 free spins with each win leading to a 3x multiplier, with retriggering being possible throughout this feature as the winnings continue to increase.

The Myth slot game isn’t quite the paint by numbers experience we expected it to be with the theming being done in a way that helps it stand out amongst this crowded field. Sure, the potential winnings are a bit on the low side and there could be a few more features to sink your teeth into, but we really like what they’ve produced.

It may not be enough to maintain your attention for an extended period of time, but we would definitely recommend giving this a go if you’ve got some time to kill.