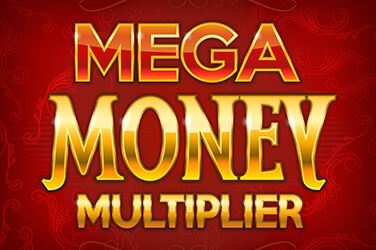 While most slot games these days like to boast about how many features they have, sometimes all it takes is one really good feature to make a game a classic. That’s definitely the case with Mega Money Multiplier, which is a simple slot that really only does one thing: land amazing multipliers to jack up your cash.

As one-trick ponies go, that’s not a bad trick to have up your sleeve, but is it enough to make it worth playing? Let’s find out in our Mega Money Multiplier slot game review!

The first thing you’ll notice about this slot is that it’s got just one row and three reels, meaning that it has a lot in common with those old spin and win fruit machines, but don’t let appearances fool you. Mega Money Multiplier is an all-modern slot with great graphics and some excellent sound design, so you’ll be swept along by the catchy reel-spinning jingle and the celebrations of the game show style crowd when you make winning combos. There are really only three types of symbols in this game: Lucky 7s, BAR symbols of different colours and the multiplier symbols from the title, so it’s a really simple game to get used to. However, the extra special multipliers on reel two are the ones you really need to watch out for.

Explaining the mechanics of this game is easy because it’s really all there right in front of you. There is one row with three reels on it, and really only the middle reel has anything different to offer, housing multiple wilds that offer 3x, 4x and 5x multipliers on your wins when the other reels only offer 2x. While there are payouts to be made using the other symbols on the reels, you won’t make any money that way, so landing the multipliers is really the only game in town. Bet the maximum of £/$/€150 and watch the money roll in as you land stacked 2x multipliers on the middle reel, generating tens of thousands of rupees! No wonder the RTP is up at 96.15%!

While there are no special bonus rounds as such, if you’re lucky enough to land more than one multiplier on that amazing middle reel you’ll be given a re-spin to the delight of the crowd in the background. This gives you a chance to land that same jackpot over again, and the game makes a big song and dance about it, with glowing green special effects and a thumping soundtrack as you go. Land the maximum multipliers on each of the three reels and you’ll also be in for a treat: a progressive jackpot determined by the casino that day, which could be in the millions of rupees!

Don’t judge a book by its cover, because while the Mega Money Multiplier slot game might look like a simple fruit machine, it’s much much more. Supported by excellent graphics and design you’ll feel the power in your fingertips as you’re just one spin away from a fortune, and thanks to regular generous payouts from the game’s multipliers, it won’t take you long to get there either!