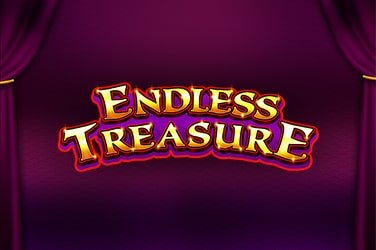 Initially we weren’t sure what to make of Jin Ji Bao Xi Endless Treasure, which looks for all the world like a fairly typical, simple, Chinese themed slot. However, under the surface, there’s an awful lot more going on that will make your head spin with its complexity!

We’ll never complain about a slot having too many features, but are they any good or just a gimmick? Let’s take a look in our Jin Ji Bao Xi Endless Treasure slot game review.

You can probably imagine what Jin Ji Bao Xi Endless Treasure looks like without us having to describe it when we say it’s a typically Chinese themed slot, and it sticks to those well worn tropes faithfully. Every surface is swathed in red and gold, and while all the high value symbols are animals of significance in Chinese mythology like Tigers and Peacocks, the low value symbols are the standard 9 – A. That doesn’t mean they’re not nice to look at though, and the design on the high value symbols in particular is almost a work of art. There is also a relaxing traditional soundtrack in the background and a series of little animations to enjoy, adding to the overall atmosphere.

The main attraction of Jin Ji Bao Xi Endless Treasure is the bonus round, which comes with a whole load of options, while the main game is fairly standard. There are five reels and three rows to play on, while the 243 ways to win mechanic means that there are going to be a lot of wins coming your way. The prizes aren’t bad either, with the highest paying dragon symbol granting 250x your wager when you land five on a pay line. This game also features a jackpot, so the RTP is a little lower than average at 95.65%, but you’ll make it all back if you even hit the lowest of the three big prizes!

There are quite a few bonuses to be found in the Jin Ji Bao Xi Endless Treasure slot game, so let’s take a quick look to see what you can expect to find. Firstly, landing wilds on the middle reel gives you a chance of one of the other symbols transforming into a higher value gold version, which also has the effect of granting the win a 2x multiplier. The pot above the reel is key to the bonuses here, and it’s where all of your rewards are collected, with each symbol given a randomly assigned value that jumps into the pot every time they land. A third bonus symbol will also add more golden symbols to the reels, whose value is also added to the pot, which is then awarded to you when the bonus round ends. There’s still more fun to be had with the pot in yet another bonus, when green and gold coins fall onto the screen: The green ones add money to the pot, the gold ones pay out everything in the pot to you without actually emptying it. If all that wasn’t enough, there are also three levels of progressive jackpot that can be randomly awarded.

If you were expecting an easy ride from Jin Ji Bao Xi Endless Treasure, you came to the wrong place, because there are enough complicated bonuses to keep any slot player busy for the day. The main game is a little generic in style and the prizes aren’t massive, but get into the bonuses and you’ll be laughing!