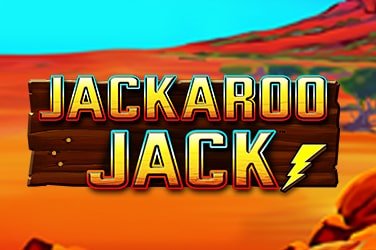 Who says Americans get to have all the cowboy fun? The great plains of Australia are just as good for herding cattle, and there’s no shortage of gold in them there hills either, so why not join Jackaroo Jack for a uniquely Australian cowboy adventure?

It can be a little hard to tell the difference between the deserts of Australia and the American southwest, but a few of the symbols give the game away, so are the prizes the same or is the Australian version just a pale imitation? Let’s find out in our Jackaroo Jack Slot game review.

Jackaroo Jack falls back on a lot of the imagery you’ll be used to seeing in Wild West slots, with an arid desert location filling the background of the reels and red rock mesas covered in scrub. Most of the symbols are also pretty standard Wild West fare, including artesian windmills, cow skulls, raging bulls and horses. In fact, the only real clue to the Australian setting is the presence of a Kookaburra as one of the symbols, a bird that’s unique to Australasia. Unfortunately the lower value symbols are the standard 9 – A, but there’s more than enough here to give you an idea of what’s going on, especially with the Western themed soundtrack in the background!

One of the first things you’ll notice about Jackaroo Jack is that this is a 1024 way to win a game, played on a four row and five reel layout, which means there are plenty of opportunities to win lower value prizes. It also explains why the maximum bet is pretty low at £/€/$12 per spin: This is a game where you’ll be stacking lots of small wins, not hitting massive jackpots, though the overall RTP is slightly below average at 95.62%, so you’ll need the help of the bonus spins to be able to make your fortune.

The wilds are the key to your success in the Jackaroo Jack slot game, so much so that if you only land one wild on the reels then it will stick in place and the rest of the reels will spin around it to help you win. However, the most important wilds are to be found in the free spins bonus game, activated by landing six of the Jackaroo Jack scatters to land. When this happens you’ll be given the choice of which game mode you want to play, with the major difference being that you can choose to play with more free spins and less valuable wilds or more valuable wilds and fewer free spins. This ranges from 20 free spins with 2x multiplier wilds to 6 free spins with 8x wilds – which option works best is up to your playing style, but we have to admit that those 8x wilds are hard to resist!

Jackaroo Jack is a pleasant little change from the usual Western style games set in the USA, and though the differences are subtle they’re definitely there. The visuals are well designed and atmospheric, and the regular wins and the amazing potential bonuses are more than enough to keep you hooked!