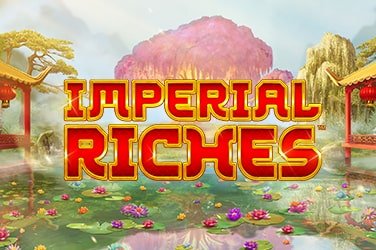 The online slots market seems to be on a trend that leads to games becoming more and more complex, which is why this game from NetEnt is such a breath of fresh air for the player.

Imperial Riches looks great, with some impressive art and animations, but its core mechanics are actually pretty simple, though it has a few tricks up its sleeve to help you win the big jackpots. So is this game worth a play? Let’s take a look!

Imperial Riches is an avalanche slot game with 5 reels and 15 paylines, available here at Casino77. Bets start at just 30p, while the highest bet that you can place is $/€/£30, so it’s a relatively low stakes game. However, the same can’t be said of the highest possible jackpot, which stands at a massive 1,500 times your original stake! In terms of the return to player percentage, it’s up at a respectable 96.88%, though some casinos have placed it much lower so you should always check before you play. The main mechanic of the game operates like other popular online games such as Candy Crush and Bejeweled, in that the reels move as a result of winning combinations being destroyed, meaning you can win over and over again on each spin – adding to the excitement.

In terms of the way it looks, the whole game is decked out in the grand Imperial Chinese style of a palace. The symbols are themed to match, with bamboo, golden musical instruments, golden Koi carp and the ever-present gong – the most valuable symbol. The scatter symbol throughout the game is the Chinese lantern: finding three will trigger the Free Fall mini-game, which gives you ten free spins, with any additional lanterns found during that time adding to your spins up to a maximum of 20. This is a great way to keep making lots of money using the avalanche mechanic, but it’s also a great time to collect jewels, which are used in the main bonus round.

The bonus area is the one complex part of this game, so it’s a good idea to pay attention to how it works. Collecting jewels in the free fall round will grant you access to the lucky Koi pond, and the jewels you collected will be thrown into the pond for the fish to eat. Clearly, the more jewels you collect, the more chances you have of yours being eaten. Each fish that eats a jewel grants you a different prize, which will be 1.3 or 2.6 times your stake, but the real ones to watch are the jackpot fish. These special fish can grant you an instant prize if they eat three jewels, which ranges from $/€/£100 to $/€/£500. There are also other jackpot fish whose prizes are progressive, so the amount you can win is effectively unlimited depending on its size at the time.

Imperial Riches is for old-fashioned gamers who like a slot experience without the bells and whistles, but who are still after a big prize.