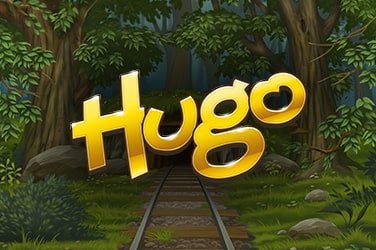 The online casino world has produced a huge range of entertaining slot games based on children’s television shows, and one of the most popular in recent years is Hugo.

Hugo is produced by Play ‘n Go, one of the world’s most famous online casino games developers, based in Sweden. Founded in 2005, but with origins in the mid-90s, the company was at the forefront of modern slot games, focused on entertaining gameplay and immersive sound, often taking inspiration from popular cultural themes or movies.

For Hugo, Play ‘n Go have drawn on the well known Hugo the TV Troll series, which is produced in Denmark. The show, which dates back to the 1990s, was based around the adventures of Hugo the troll, as he battles to save his family, and has been enjoyed in over 40 countries.

The game bears some comparison with other classic Play ‘n Go titles such as Wild Blood and Tower Quest. It is based around a classic 5-reel structure, with 10 paylines, and is available in a mobile version to suit those who like to play their favourite slot games on the move.

It is a medium variance game, and the RTP comes in at just above 96%, which is a common level for Play ‘n Go games. It provides a good range of payouts, and there is a handy free demo mode which is great for players who want to try it before they risk any real money.

As you would expect, given the game’s origins, there is a bright, colourful and fun cartoon element to this game. The reels feature icons representing all of the main characters, including Hugo himself, along with Hugolina, Hugo’s family, Rat, Rit and the villain of the game, Scylla. The design is spot on, and there are some lovely animations featuring the characters whenever a win is landed, along with familiar sound effects and music drawn from the show.

Play ‘n Go is known for producing games that are player-friendly and that is definitely the case with Hugo. The basic gameplay is simple and involves trying to line up symbols on the main reel. You can choose the size of your stake and how many of the 10 paylines you want to activate. There are also plenty of wild and scatter symbols to boost your winning chances, along with a handy autopay feature.

The Bonus feature in Hugo is particularly generous. Line up three treasure chests and the feature will launch, giving players the chance to grab as many prizes as they can, while evading the crocodile. It is a fun way to add extra winning chances to the gameplay.

Hugo has been put together with the care and attention that Play ‘n Go is known for. It’s a bright, colourful and thoroughly entertaining slot title, with plenty of features to keep you coming back for more, and the straightforward gameplay makes it ideal for players of all experience levels.