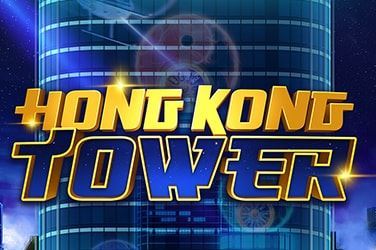 This game from Elk Studios has an interesting theme, as it is based on the towering skyscrapers of Hong Kong and has some original gameplay elements which is extremely fun and rewarding as well.

The reels for this game are transparent, allowing you to admire the architectural marvel of the skyscrapers, and it is also set at night, with the towers and the various other attractions lit up and providing a beautiful background. The reels, although transparent, do have bright neon lights to provide even more of a visual spectacle on top of the skyscrapers. The animations are top-notch, and all of this combines to make this one of the most visually stunning games around.

This game has five reels and 99 paylines, with players able to bet from $/€/£0.20 up to $/€/£100 credits per spin. You have the option to autoplay as well, with quite a few different betting strategies on offer, such as the booster, jumper, leveller and optimizer, and these options really give you the chance to sit back and let the AI take over, as long as you have the correct strategy employed as per your needs and betting preferences. The jumper strategy will raise your bet by one level after every win, and reset it to the original level after a loss. Leveller increases your bet after five consecutive losses, and if this repeats, it will then increase it by two levels, with the bet being reset after a win. Booster raises the bet by one level after a loss, and resets it after a win. Finally, the optimizer will change your bet level automatically by adapting to your selected balance percentage. All of these strategies will raise your bets by a maximum of four levels above the initial betting level.

The various symbols on the reels represent the five classical elements – earth, air, fire, water and wood, with bonsai trees, beautiful lotus flowers, giant diamonds and a lucky number 7 made out of gold. The Hong Kong Tower game symbol is the Mystery symbol on the reels, which can randomly land on the reels and transform into any of the other symbols to potentially increase your chances of winning.

Landing three red Yin Yang symbols on the reels will activate the Hong Kong Tower bonus game. This can also be triggered if just one of the Mystery symbols lands on the reels as well. Landing four or five of the Yin Yang symbols will give you one or two extra lives respectively, while if you get just one of the blue Yin Yang symbols, you will get two extra lives. Each of the three skyscrapers will have a bonus wheel on top of them, with the first wheel spinning and giving potential cash multipliers. You move on to the next wheel, which has bigger prizes if you land on an arrow, while if a blank space lands, the game ends, unless you have a life, which will be used up and the wheel will spin again. In this way, it is possible to reach the third and most lucrative wheel.

The game is a high volatility slot game with an RTP of 96.30%

This is a broadly simple game, but has some exciting and interesting new mechanics which are extremely lucrative. The visuals are also quite stunning, and overall this is a superb game from Elk Studios.