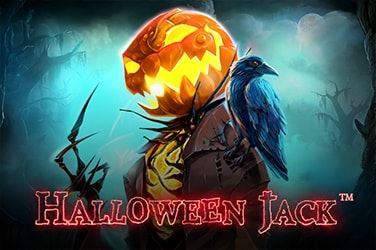 Buckle up and get ready to hide behind the sofa, because there’s a scary new slot in town! Halloween Jack is a NetEnt title that some may recognise from one of their most popular slots series of all time, Jack and the Beanstalk.

It’s hard to see the visual similarities, but fans of that slot will love how the mechanics have been adapted and upgraded in this one. With so many Halloween themed cash grabs out there it’s a hit and miss genre, so does this slot make the grade? Let’s take a look in our Halloween Jack slot game review.

This slot certainly looks the part at least, with a suitably spooky background to set the mood. Thick mist, hanging vines, crumbling masonry and eerie statues line the reels to add to the suspense, and everything has been meticulously designed to fit the Halloween theme. The low-value symbols are the generic 9 – A, but even these have ghostly hands wrapped around them out of the gloom. The high-value symbols are an assortment of spooky tropes and characters, from vampires and bats to devilish steeds and ominous crows. Backing up all these are some great animation and sound effects, with even mundane looking objects taking on a spooky appearance when they form combinations. The spooky background music is supplemented by eerie moans and screams as the action unfolds, adding to the tension.

The mechanics behind the game are less spooky, with the reels being laid out in a standard five by three format. Betting is quite generous, falling in a range between £/€/$0.20 and £/€/$100 per spin, which is pretty handy when the maximum win from a single spin comes in at 6,000x your stake. That’s a potentially life-changing £/€/$600,000! One feature that returns from Jack and the Beanstalk is the walking wild, represented here by a pumpkin lantern. When it lands it not only adds a 3x multiplier to your win, it also jumps one reel to the left while granting a re-spin. These re-spins continue until the wild has fallen off the reels, and start all over again if another wild lands during the re-spins, granting you the chance to land loads of 3x combos.

Another symbol to watch out for is the spooky urn, which acts as the game’s scatter. Collecting three or more of these will result in ten free spins, during which a special feature and a new symbol are added. Aside from the usual symbols, you can now collect lanterns on the reels, and when they land their flames fly off to the left of the reels, where three new meters have appeared. The werewolf, jack o’ lantern and skull all have three pumpkin symbols above them, and each flame collected lights one of these pumpkins. When all three are lit, a giant stacked version of the werewolf, jack o lantern or grim reaper appears on the rightmost reel and acts as a walking wild, jumping across the reels and generating wins.

The Halloween Jack slot game is one of those rare beasts, a themed slot that stands up on its own feet and works any time of year. Regardless of whether or not you’re a Halloween fan, it’s hard to say no to the great art and design work on offer, as well as the great payouts in the main game. The addition of the walking wilds and the bonus rounds is just the icing on the cake, making it even more fun.