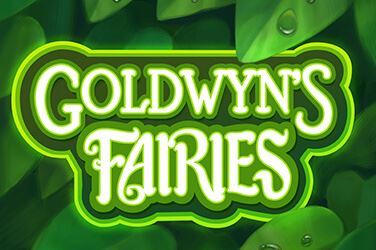 Goldwyn’s Fairies is a new offering from Microgaming, offering 5 reels and 20 paylines. The game is based around enchanting flower fairies, and the images and background create a fantasy atmosphere. This slot is playable from 10p per spin to £250, offering a unique experience with three bonus features.

This game will take you on a fairytale adventure from start to finish. The fairies with the highest paying symbols are Winter, Spring, Summer and Fall. The queen Goldwyn fairy creates returning wilds, which can mean anything from 2 to 10 symbols on the screen.

The audio of this slot is very soothing, and the graphics will transport you to a magical forest. For the maximum stake, look for the classical wild symbol, as 5 of these will pay 25x your stake. The autoplay feature is very convenient, reeling automatically for you up to 1,000 times.

This slot can be played on PCs and mobile phones for free or for cash. If the graphics are not causing lag on the mobile game, they can be frozen to avoid the game freezing.

Goldwyn’s Fairies is provided by Microgaming, a gambling software company based in the Isle of Man. They supply award-winning online gaming to many operators across the world. They developed the world’s first mobile casino software in 2004 and have had many successes ever since. Some of their most popular games include Thunderstruck, Avalon and Dragonz.

Return to player refers to the amount of money the player will win back over time. The RTP for Goldwyn’s Fairies is 96.2%, which is around average for games of this type. This essentially means that if you were to place a hundred £1 bets, you would likely earn £96 back.

This game has lots of great bonuses. There is the re-spin with returning wild feature. This is where a wild appears on reel 3 and then circles 1-2 symbols, giving you free re-spins. If you gain another re-spin, then even more circles will appear on the reels. This will keep happening until the wild re-spin symbols stop showing up. Then, you will get one final re-spin where all the circle symbols turn wild. It is possible to get over 5 wilds which is very exciting.

There are also the free spins with returning wilds feature. You can trigger 10 free spins when the Goldwyn’s Fairies logo appears on reels 1, 3 and 5. Every time Goldwyn shows up on the screen, circles are created. You can have up to 9 circles on the screen after 9 free spins. And on the 10th, the wilds return into the circles.

This is a slow-paced slot that requires patience and a good strategy. But the beautiful graphics and many wilds make it an exciting and fun fantasy game for all.