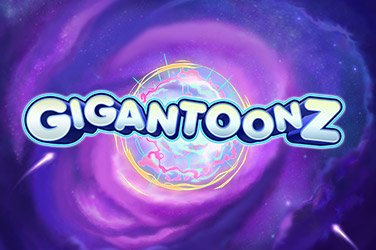 Players looking for something different are sure to be happy with this Play’n Go slot released in January 2022. Set in deep space this 8×8 play grid features playful cartoon monsters of all shapes and sizes.

With elements taken from earlier Play’n Go releases, Dr Toonz and Reactoonz 2 with fewer bonus features but just as much potential.

You’ll love the little monsters of this cluster-pays slot release.

Behind the large play grid here a colourful scene of space is visible with tiny stars in the far distance. A huge purple nebula is the main visual feature included in the background as clouds of gar from a spiral around the centre of the screen. The game logo is positioned in the top-right corner of the screen, and a fun and clear font is used behind which the slots Wild symbol is positioned.

All of the play features are positioned across the bottom of the screen in a menu with a silver background. On the far-left players can access more game information such as the pay grid and FAQs next to which the player’s kitty is displayed. Across to the far-right, the spin button is designed as a large green circle with a spiralling arrow displayed over it. In the centre of the menu, players can edit the stakes by choosing values between £0.20 and £100 next to which the bet of each spin is displayed. More audio and game features are available in the black bar situated at the very bottom of the screen allowing players to further edit their gaming experience.

The lower value symbols in play include the one-eyed monsters of this slot, we don’t know why having an extra eye makes you more valuable but in space, it must. Here you have the yellow, green, brown, purple and blue one-eyed monsters increasing in potential value from 5x to 20x the stake. It is the 2-eyed monsters that score the greatest returns here if players can land clusters of them 30 or higher. Play’n Go have included a Wild worm-hole style symbol in play that can make creating clusters even easier by substituting for main game symbols.

Players can land payouts of up to 4,000x the stake in this cluster pays slot and with stakes of up to £100, the reward could be incredible.

The cascading reels feature is in play here providing the potential to land even more winning clusters by replacing sinning clusters with new symbols from above the grid.

There are also Mega symbols that can land during the main game here, these could land between 2×2 and 7×7 in size. Whilst counting as a single symbol in combinations the cluster value here can be a random number up to 13. These Mega symbols leave a quantum Wild behind when they are removed from play with these Wilds making further wins even more likely.

The modifiers on offer are:

We think Play’n Go has created a brilliant slot game here with new and exciting bonus features that players will appreciate. The symbols look great and keep gameplay fun as the large grid of play is filled with new symbols potentially landing in clusters worth big money. For a bright, colourful slot experience with pleasant mechanics and somewhat cute symbols, it has to be Gigantoonz!