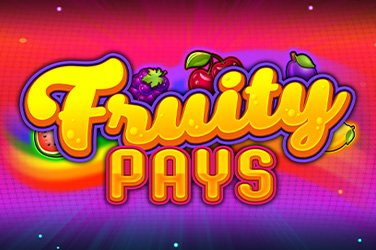 Fruity Pays is a classic looking slot game from Inspired Gaming, and you probably think you have it all figured out just from your first glance. It’s true that there are lots of classic elements to this slot game, but don’t worry about that, because Fruity Pays has quite a few tricks hidden up its sleeve to make life a bit more interesting.

So is this game a welcome new take on an old favourite, or should they have just left it alone? Let’s take a look at our Fruity Pays slot game review.

We’ll admit that there’s nothing especially modern about the way that Fruity Pays looks, and it seems to delight in making the game look as retro as possible. The symbols themselves are all as classic as they come, and include lemons, plums, grapes and watermelons as well as Lucky 7s and bells. The only clue that something else is going on is the inclusion of the bonus and joker symbols, which don’t exactly fit the mould. The Rest of the game is also pretty simple and back to basics, without a soundtrack and only the most basic sound effects and animations, as bells ring and flashing lights go off to celebrate winning combinations. The reels themselves are even designed to look like a real-life slot machine, with shiny chrome surrounds and screws to hold it together.

In common with its looks, Fruity Pays also employs a fairly retro gameplay system with a few exceptions. The big one is the number of ways to win, which in this game is as high as 243 ways to win, which is a lot in comparison to the older lots Fruity Pays is based on that often had only one pay line. The trade-off using this mechanic is that the individual wins tend to be smaller than in slots with fewer pay lines, and in this game, the most you can win in the main game is 20x your stake for five matching symbols. The overall RTP is pretty average at 95.68%, but you’re really just trading a few big wins for lots of smaller wins. One other nice surprise is the betting limit, which sits nice and high at £/€/$200, making for some pretty decent potential wins despite the lower wins.

Another departure from the traditional fruit machine in the Fruity Pays slot game is the free spins round, which is slightly more complicated than you might be used to. Most fruit machines don’t have bonuses at all, so the fact that this game has re-life free spins is a nice touch. You only get three spins, but you also get three lives, and you lose a life whenever you make a non-winning spin. However, every winning spin re-sets the total, so you go back to three lives again and keep spinning. You can even play with some pretty decent multipliers by landing more symbols to start the game: Three scatters gives you a 2x multiplier, but five scatters has you playing with an awesome 5x multiplier!

Fruity Pays is a great combination between old and new, packing some awesome nostalgic visuals while also bringing in some newer mechanics to spice the game up a bit. The wins in the main game are a bit small, but thanks to a high betting limit and some really rewarding bonus features you can easily amass a truly epic total!