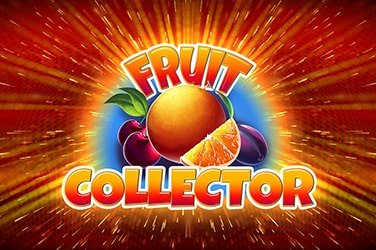 Just reading the name Fruit Collector tells you all you need to know about the game: It’s a retro-style fruit machine slot with a cash collector bonus round attached, which is nice because those two formats are two of the most popular slot features out there.

It’s always a winning strategy to update retro themes for a modern audience in our book, which is something Fruit Collector does with style, and the prizes aren’t half bad either once you reach that cash collector round! So is this retro game bringing back good memories or is it a nightmare? Let’s find out in our Fruit Collector slot game review.

There aren’t too many surprises in terms of the visuals in the Fruit Collector slot game, and you probably know exactly what to expect, which is part of this game’s charm. Fruit symbols have survived so long because of their universal appeal, and this game immediately dredges up memories of fun at the arcades and on real-life fruit machines. All your favourites are there: Watermelons, plums, cherries, oranges, bells and the lucky 7, and they’re all nicely rendered in realistic-looking graphics for a bit of extra atmosphere. There’s even a soft jazz soundtrack to keep you nice and relaxed while you play, which is a nice touch you wouldn’t have got in an old-style slot game.

Despite the cash collector element later on this is still a very traditional slot at heart, with five reels and three rows to play on as well as ten pay lines. The betting limit is a little lower than usual at £/€/$60 per spin, though this still isn’t bad when you consider the maximum win in the main game of 200x, which will still make you a tidy sum at the top bet. This adds up to an RTP of 95.9%, a hair below average, but easy to make up if you manage to do well in the bonus segment of this game.

Triggering the bonus is simple enough, and all you need is six of the cash bonus symbols scattered through the game to achieve it, at which point you’ll be given five re-spins to try your luck. Each time you spin the reels the fruit and cash collector symbols will stick where they land on the reels, allowing you to build a hefty stack of wins over the five spins, then each symbol is paid out a number of times equal to the number of collector symbols you landed This means that the more collectors you get, the bigger the potential jackpot!

Fruit Collector is a fun and novel take on a retro slot game, that manages to preserve all the fun and excitement of an old school fruit machine whilst also introducing more modern touches that bring it up to date. Thanks to these introductions the prizes are also great, especially if players are able to do well at the bonus cash collector game, where wins can be magnified by landing as many collectors as possible.