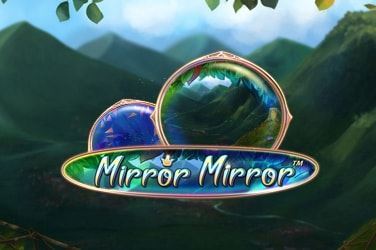 Third in the series of Fairy Tale Legend, Fairytale Legends: Mirror Mirror will take the punter’s to a forest with fairy tales all around. The video slot game features 5 reels, 3 rows and a total of 243 pay lines.

The game can be easily accessed on almost all electronic devices like mobile, tablet and desktop for both Android and Apple.

Fairytale Legends Slot Game features different kinds of fairies which can prove both fruitful and challenging to the players; some may even grant wishes to the players from time to time. Moreover, The subtle background music in the game adds to the theme of the game which is set in a dark forest.

You may come across symbols including shining selected alphabets and numbers like A, K, Q, J, 10 and 9 cars along with items like Precious stones, Lanterns, Princess and the Fairytale Legends Logo.

The logo can bring you great luck, as it comes with a reward of increasing the punter’s stake by 15 times for 5, on a payline.

These features can randomly trigger anytime during the game and will come with certain rewards .

When a pair of 5 to 7 medium pay symbols appears on the reel, this feature gets activated.

As the name suggests, the fairy will come in with a surprise and will randomly choose one medium pay symbol. All the lower symbols on the reel will be replaced by the symbol chosen by the fairy, until the game doesn’t reach a winning combination

The feature randomly rewards the third scatter on reel five, if and only if it lands on reel 1 and 3 in the spin.

In order to activate the Mirror Re-Spin feature, you must have your eye on the reel 3 in the base game. A mirror symbol appears on reel 3 in base game and 1,2 and 3 during the free spins; it triggers the Mirror-Re Spin feature. It turns into a queen or a princess symbol. The feature will last as long as no new symbols appear on the reel.

These features get activated when the player gets 3 bonus symbols on reel 1,3 and 5 at the same time.

The player gets to break 1 crystal at a go, out of 9; to win the cash prizes.

Under this feature, the punter will be rewarded with cash prize of 15 times the punter’s stake

Along with the Mirror Re-Spin feature trigger, the punter gets 10 free spins, if 1 or more mirror symbols appear during the free spins.

The game boasts of providing a maximum winning of 1,822.5 times the punter’s stake on each spin.

Fairytale Legends: Mirror Mirror offers numerous opportunities to players to leave with a big cash prize but only if you use all the features smartly.