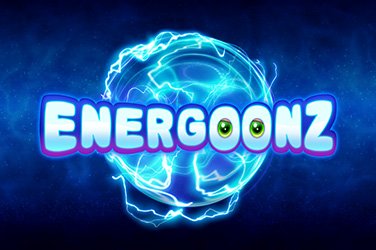 We love a nice traditional slot, but sometimes it’s fun to shake things up every once in a while and to turn everything you thought you knew about slot games upside down. Enter the Energoonz, fun and fuzzy little critters who just love to get zapped, and help win you a shed load of cash in the process.

Match three or more of these little guys to get that electricity flowing, and activate the bonus rounds to really supercharge your winnings! But is Energoonz a step in the right direction or just a big misstep? Let’s take a look at our Energoonz slot game review!

Energoonz is a busy looking slot, but you shouldn’t worry because you’ll soon get the hang of it. There are no traditional reels and rows in this game, and all your symbols are represented by the little Energoonz monsters. They’re a varied bunch, coming in all kinds of shapes and sizes and colours as well as hairy and smooth, but they all look very happy to be zapped by a huge Tesla coil that stands to the right of the reels in order to remove them from the reels when they complete winning combos. Each of them represents a different value that is laid out in the extensive paytable, and the whole game has an extremely cutesy vibe to it, rendered in a cartoonish style. That doesn’t mean it looks bad because the animations and the music are both great accompaniments to the action on the screen.

As we’ve already said the Energoonz slot game uses a cascading reels mechanic that removes winning combinations from the reels via an almighty zap, allowing new symbols to take their place and form even more combos, almost like you’re getting unlimited re-spins every round. Once you’ve won one combo, each successive combo that lands on the reels adds a 1x multiplier to the next spin, increasing without limit as long as you keep landing successful spins. The maximum bet is £/€/$100, which is quite high for a cascading reels slot, and means you can land some pretty tasty wins if you manage to build up a serious multiplier here, reflected in this slot’s high RTP of 96.69%. The ultimate aim is to try and land a spin that clears the whole grid because then you’ll get a jackpot equal to 1000x your stake, though even if you only clear one reel you may still enter the bonus round.

Some or all of the reels on any particular spin will have the bonus symbol behind them, and when you clear a reel to reveal it you’ll be taken into a free spin round that’s full of different, sleeping Energoonz. In this game zapping them doesn’t make them disappear, it just wakes them up, and you’ll be trying to land five of a kind of these higher-paying Goonz, none of which rewards you with less than 100x your stake. You’ll also be on the lookout for five of the little Tesla coils like the one to the right of the reels because landing those will open a second identical bonus round but with 20 free spins.

Energoonz is a fun take on a popular new kind of slot game, the cascading reels feature, which brings a whole lot of cuteness and some electrifying wins to the genre. While the main game isn’t the most rewarding you’ll play it’s still fun to watch these little guys get zapped, and you’ll hope to get into the bonus rounds for a shot at some real jackpots.