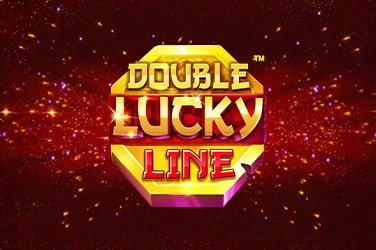 Just For The Win and Microgaming have joined forces to bring you the Double Lucky Line Slot Game. This Chinese-themed slot focuses on luck and prosperity and features five reels, three rows and 17 paylines. The design has been fully optimised to allow players the opportunity to play across all devices, including those with touchscreen functionality.

With a Return to Player (RTP) of 96.02%, the Double Lucky Line Slot Game is considered a medium volatility game.

The Double Lucky Line Slot Game has a clear Chinese theme that revolves around luck and prosperity. The plain back reels fill the majority of the screen, but we can see an intricate gold border surrounding them. The accompanying soundtrack further enhances the theming, though you might reach for the mute button after some time.

In terms of symbols, you’ll find the usual low-paying playing card royals in Chinese styling – J, Q, K and A – alongside vibrant and colourful themed symbols such as red dragons, green frogs, blue turtles and the Double Lucky Line Slot Game’s logo. There’s a wild symbol too, which performs in the usual manner and substitutes for all standard symbols to help form winning combinations.

The Double Lucky Line Slot Game’s minimum bet sits at $/€/£00.10 per spin, with the highest possible wager limited to a reasonable $/€/£100.00 per game. Both new and seasoned slot players should be able to enjoy this game as it offers the chance to play with quite an extensive range of stake options.

Interestingly, all symbols within the game appear as both single and double symbols, allowing you to create ten-of-a-kind wins rather than being restricted to the usual full house of five. The most rewarding symbol to watch out for is the game’s logo, which will reward you with 300 times your stake if you land ten in a winning combination.

There’s also a random wild feature throughout the base game, where two, three, four or five wild symbols will appear on screen in random locations across the reels to boost your chances of landing a win.

The exciting free spins round can be triggered by landing five or more free spins scatter symbols in any position across the reels in the base game. Both single and double free spins skaters can appear – the minimum of five will reward you with ten free spins, while you’ll be rewarded with one extra free spin on top of those five for every additional scatter that appears. Keep an eye out for lucky wild symbols too throughout this bonus round, as they will transform into double lucky wilds for the remainder of the feature and will reward you with a further free spin.

The Double Lucky Line Slot Game is a simple yet entertaining game that provides you with the chance to win up to 2,522 times your stake on each spin and free spin throughout the game. The theming is impressive, and the free spins round adds an extra level of excitement, particularly if you manage to land lucky wilds during the feature.