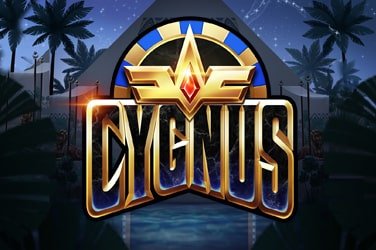 Based on a Northern constellation on the plane of the milky way, Cygnus is an impressive slot created by ELK Studios.

The Egypt-based slot is filled with bonus features and offers players multiple ways to win big.

Although Cygnus is a slot themed around a northern constellation, the slot is set in ancient Egypt. The slot background features a pyramid with the constellation itself just visible behind the pyramid. The game is framed by two impressive pillars and features a mesmerising soundtrack that helps to transport players to Egypt on a starry night.

The symbols on the reels contribute to the Egyptian theme and feature gemstones, a blue camel, a green pelican and a red cat. The highest paying symbol is a poker chip, which can help players earn between 5-30 times their original stake depending on how many times it falls on the reels. As you would expect, there is a wild and scatter symbol in the slot and the wild symbol can substitute all other symbols, aside from the scatter. A player must collect 3 or more of the same symbols in successive reels to start earning significant cash.

ELK Studios was founded in 2013 and have quickly grown to be one of the most innovative companies within the online casino industry. The company combines ground-breaking mathematics with breath-taking graphics to create games that are equally as functional and engaging as they are visually impressive. Although they are based in Sweden, ELK Studios create online slots and casino games that are played and loved around the globe. As evident in Cygnus, ELK Studios are not satisfied with average or over-done themes, they like to take a unique approach to slot themes, which is perhaps why the company’s slot games are so popular.

Cygnus has a fairly high variance and an RTP of 96.1%. The slot has 6 reels, 4 rows format and offers players 4,096 ways to win. A spin can cost players between 10p to $/€/£100, depending on how much they choose to bet. This inclusive price range will no doubt appeal to players of all calibre. As you would expect from ELK Studios, who have a mobile-first company approach, Cygnus offers equally good gameplay on mobile and desktop devices.

Like other slots from ELK Studios, Cygnus features an Avalanche bonus feature. When a winning combination is made, the symbols will explode, causing the symbols from above to drop a place, giving players yet another chance to secure a win. The avalanche feature continues until no new symbols are required to fill empty spaces.

Cygnus also features a free drop bonus feature. The feature is automatically triggered when a bonus symbol reaches the left pillar, and a player will be awarded 7 free spins. This feature can be retriggered, giving a player a total of 14 free spins.