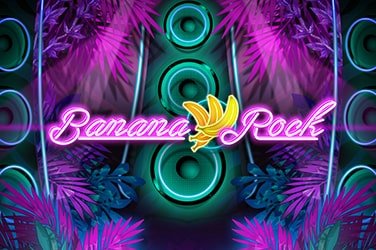 The game consists of five reels and 10 pay lines with hilarious animated monkey artists on the reels. That with a rainforest background in flashy colours, neon lights and entertaining music blasting on the speakers make up to a complete package of a fun filled slot-playing session.

With the bonus rounds, multiplier feature based on band member symbols, a new mechanic called Encore Spin rewarding the player up to 2,500 times the bet and the stakes as low as 0.10, the game is bound to create excitement amongst players and have them spin the reels to the catchy beats.

The game has a Rock n Roll theme but instead of real life legends the developers have decided to create their own band with six cartoon-like monkeys that play the lead singer, percussionist, the bass player, the keyboard player, the drummer and the guitarist.

Like a regular slot game, this is a five reel, 3 row and 10 fixed pay line slot game that pays out for identical symbols on the reels from left to right. The stake begins at a low-roller friendly 10p and goes as high as £100 per spin. Wins for a five of a kind range from 4x to 40x of the stake.

The game can be played on desktop and also on mobile devices across all OS platforms.

Banana Rock has nine regular pay symbols starting with the card royals J, Q, K and A at the low-paying end. These then ascend to the premium symbols which are the band members – percussionist, bass player, keyboarder, drummer and guitarist – the latter being the highest paying at 40x for five on a payline.

There is also a Rock n Rollin Wild symbol that can substitute for all others on the reels bar the scatter (a golden disc), and also sets off re-spins in the base game.

When you land two or more Rock n Rollin Wilds across the reels, the game provides you with a re-spin feature. The triggering symbols are locked during the re-spin giving the player more opportunities for win lines. Additionally, during the spin motion, the right-most wild will move towards the left-most wild, up and down the reels to reach its destination, and leaving a trail of wilds in its wake.

The Free Spins round in Banana Rock is triggered by landing two scatters on reels one and five simultaneously. This gets you 10 spins plus additional spins for each extra scatter that lands during the round.

When stacks of each individual band member symbol land during the round, a multiplier feature gets enabled. This adds points to the relevant ‘meter’ for each band member. When you fill a meter, then the multiplier value is increased by 1x. It’s possible to land up to 5x per band member, and 25x in total.

The game offers a guaranteed win feature at the end of the Free Spins round, called Encore Spin. During this spin only band member symbols appear on the reels. All the multipliers from the free spins round are applied to this special spin.

While the reels re-spin, the rightmost wild on the screen will move – first horizontally, then vertically towards the leftmost wild. In the process, it will connect with any other wilds on the reels and transform all symbols in its path into wild symbols as it moves to the final position. Wins are evaluated once the reels stop. It is possible to hit a full of wild symbols, which will pay a huge 400x your stake.

The RTP of this medium-variance game is set at a generous 96.60%, with a maximum win potential in a single spin of 2,500x your stake that can be hit in the Encore Spin only.

This is a really fun game from Play n Go with a monkey rock theme that will keep one entertained even when experiencing no wins. There is a high win potential in the bonus round and the multiplier feature gives some added tension. The Re-Spins in the base game also give some good opportunities there. Overall, a better than average slot with a great 2,500x potential.