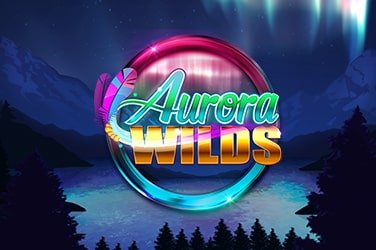 The Aurora Wilds Slot Game is powered by Microgaming in collaboration with Atomic Spin and is packed with exciting features such as expanding wilds and respins. The game is fully optimised, so you can enjoy the same enchanting experience no matter which device you choose to play on. With a captivating theme and a win-both-ways gaming engine, this five-reel, three-row slot offers ten paylines and a maximum win worth 2,000 times your total stake.

With a Return to Player (RTP) of 96.20%, the Aurora Wilds Slot Game is considered a medium volatility slot. Wins should be pretty balanced throughout the game.

The Aurora Wilds Slot Game is a visually striking slot with excellent graphics and fantastic features. The transparent reels sit in front of a scenic background, comprising lakes and mountains, illuminated by the stunning and iconic aurora borealis – otherwise known as the Northern Lights.

Symbols-wise, you’ll find five totem-style creatures alongside the somewhat strangely placed lucky number seven and bar symbols. Though the totem animals seem to fit well with the theme, we’re a little confused by the others. The translucent butterfly acts as the wild symbol, replacing all standard symbols and unlocking the expanding wilds feature.

As previously mentioned, the translucent butterfly wild can trigger the expanding wilds feature. When it lands, it will expand to turn the entire reel into a wild reel and trigger the respin feature. The expanding wilds will lock in place throughout any respins, as will any further butterflies that land during the feature. The wild can only appear on reels two, three and four, but if you manage to land a butterfly on all three of these, you’ll be able to respin with three wild reels, resulting in significant winnings.

The Jackpot Wheel feature gives you the chance to win up to a massive 2,000 times your total stake. It’s triggered by landing three of the golden wheel symbols, which can only appear on the centre three reels. Once it’s activated, you’re guaranteed to win a prize.

Which jackpot prize you’re rewarded with will be determined by where the pointer lands. Prizes include 15, 50, 100 or 2,000 times your stake, known as the mini, minor, major and grand jackpots, respectively.

The Aurora Wilds Slot Game is a highly entertaining slot that offers an excellent, balanced gameplay experience with the chance to win up to 500 times your stake every time you spin. The theme is stunning with the subtle aurora borealis visible in the backdrop. Though it’s a pretty simple game, the jackpots on offer are impressive and the respins feature and expanding wilds. We particularly like the Jackpot Wheel feature as there’s a guaranteed prize once this is activated.