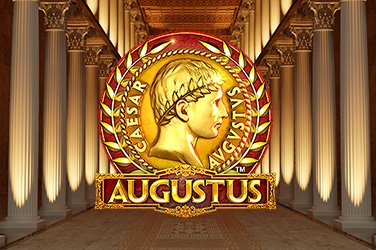 Here in this Augustus Slot Game Review, we want to give players all the vital information, so they are well informed before they give it a go. We will look to cover the general gameplay, if the Augustus Bonuses (such as the wild symbol, free spins and the wild reels) can lead to some great prizes, and if the RTP (return to player rate) means that you’ll likely walk away with some winnings.

Microgaming are one of the giants on the online slot world, having produced a number of top quality slot games down the years, and thankfully this one is no different. The Augustus Slot Game is based in ancient Rome, so the whole thing has a very Roman feel, from the background, to the symbols and characters.

The game is very simple to play, with the same general mechanics of most slots. There are three rows and five reels, with the aim of the game being to land three, four or five matching symbols at once, to trigger a payout.

Players can choose how many of the 20 paylines they wish to play with. You will also need to select the value of your bet before each spin; the minimum bet is 0.20 credits, while the maximum is 200 credits. We suggest if you are a beginner to try a smaller bet to begin with, and when your confidence increases, so should your stake.

The lowest value symbols are the playing cards symbols, Jack, Queen, King and Ace. Landing five in one go will lead to a payout of upto 2x your original stake. Given the theme, it will come as no surprise that many of the symbols have an ancient Roman feel to them. The sword, cup, helmet and ring are worth slightly more, with five of these paying between 2.5x and 5x your initial bet. The ones you’ll hope to land are the female and male Gladiators. These are worth between 10x and 15x your original stake if you land all five.

There is also a wild symbol, which will replace all non-winning symbols to help make a winning combination. Landing five of these across the reels will also result in a massive payout of 50x your initial bet.

Now for the most anticipated part of this Augustus Slot Game Review,the bonus features. The scatter symbol will appear on the first, third and fifth reels. Landing three of these will trigger the free spins round, and a 2x multiplier will be applied.

As you play through the game, you’ll be collecting coins as you make winning combinations. These will then fill a coin meter, which once filled will trigger the wild reels feature, where for two spins all the symbols on one particular reel will become wild, leading to some great payouts.

The RTP Rate is 96.14%, so relatively high when compared to other similar games

Yet again Microgaming have excelled and created an superb online slot. With the Augustus Bonuses, players have the chance to achieve some great payouts, and have an all-round enjoyable experience.