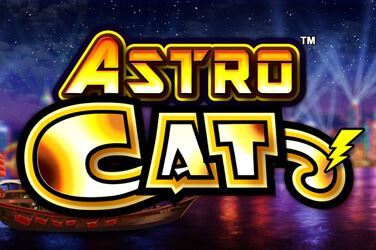 The Astro Cat slot game was given to us by the very underrated team at Lightning Box. This one was released in November 2016 so it is fairly new to the market although it has had a sequel already released.

When you open up the machine you are hit with a clear, clean and strongly coloured slot with a lot more reels than usual. We’ll come onto that shortly! Astro Cat can be played on desktop, mobile and tablet devices.

This is another of the many Chinese themed games that are on the casino slot game landscape at the present time. Astro Cat is an eight reel video slot with a massive 1,296 paylines in all.

There are a lot of different icons in Astro Cat. We have the typical playing card icons as well as a bonsai tree, goldfish, a dragon, a green frog and fans. The anime-styled car acts as the Wild and the fireworks acts as the Bonus icon.

There are eight reels because the middle square of reels acts as one, known as the reelfecta reel. That effectively has 16 symbols on it which in theory makes achieving winning combinations much easier. It sounds complicated but it doesn’t take long to understand.

Astro Cat is based largely around the Bonus symbol. Should you land five of them on the outer reels of the ‘reelfecta’ on the same spin you will launch the Free Spins feature where you get up to 12 free spins.

The reelfecta becomes important during the free spins. If you look at the top left either a +1 Wild Cat or a poison icon will show up. If it is the Cat you get an extra free spin and that Wild is frozen. If you fill the 12 outer positions the inner ones automatically fill to create a huge 16-icon Wild. You get one spin with the Wilds in place. If it is the poison that appears you get a 2x multiplier on the win and the feature stops so hope that doesn’t come along too quickly in the game.

The RTP rating for the Astro Cat slot game is 95.44%.which is comfortably below the average for a fairly modern game such as this, one which is against the player.

The Astro Cat slot game has plenty to take in when you first open it up, especially if you haven’t played any of the other Lightning Box games that use the reelfecta design. If you have played other ones such as the Pixie Gold offering then you will be at an advantage and can get stuck into spinning the reels and chasing those Wilds. There is a lot to like about the design of the slot once you are used to the eight reel layout and as with most of these Asian themed games the soundtrack is a delight too. There is the potential to win big on this slot so we certainly believe it is worth a go!